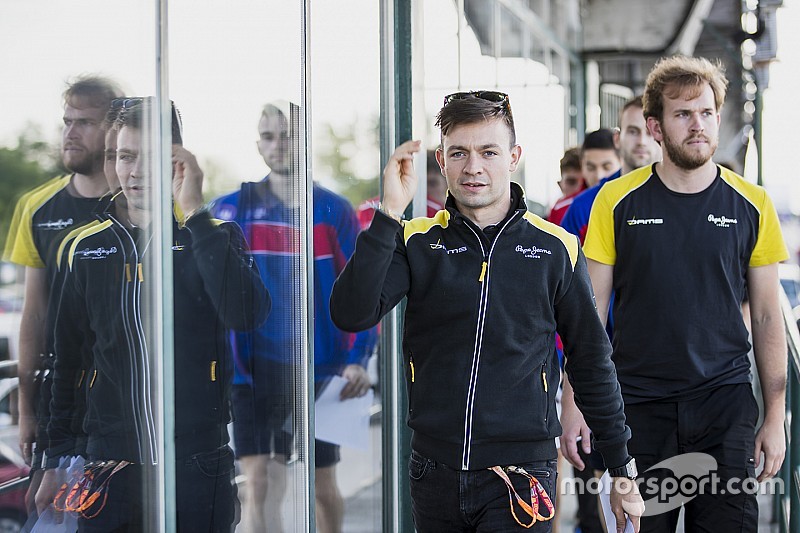 Matthieu Vaxiviere has been named as the latest addition to the R-Motorsport Aston Martin squad for this year's Blancpain GT Series Endurance Cup.

The French driver, a five-time race winner in Formula Renault 3.5, switched from single-seaters to race in the LMP2 class of the FIA World Endurance Championship last year with TDS Racing.

Now he has been added to R-Motorsport's Blancpain Endurance set-up, where he joins Alex Brundle, Jake Dennis, Maxime Martin and Nicki Thiim - plus one more yet-to-be announced driver.

"I'm really looking forward to start working for this fantastic project," said Vaxiviere, who also contested two rounds of GP3 last season with DAMS at the Hungaroring and Spa.

"Not only does Aston Martin have a very rich racing history, I have also been given the opportunity to defend this brand alongside top drivers in a top team.

"I would like to thank [team co-owners] Dr Kamelger and Dr Baenziger for their trust. But also, the people behind [R-Motorsport partner teams] Jota and Arden for giving me this amazing opportunity.

"I will give everything I have got. This year will be extremely competitive and exciting and I hope to be successful for many seasons to come."

Vaxiviere will combine his Blancpain commitments with a second season of WEC in the LMP2 class, alongside TDS Racing teammates Francois Perrodo and Loic Duval.