MotoGP legend Valentino Rossi impressed the WRT Audi team with his speed in the wet at the latest test ahead of his GT World Challenge Europe campaign this year.

The nine-time world champion retired from MotoGP at the end of 2021, bringing to a conclusion a glittering 26-season in grand prix motorcycle racing.

For 2022, Rossi will embark on a full campaign on four wheels in the GT World Challenge Europe Endurance and Sprint Cups with WRT and Audi, the Italian holding a connection to the German brand in MotoGP this year with his VR46 squad, which will run machinery from VW Group-owned Ducati.

"Valentino was so good in the wet," Vosse told Motorsport.com.

"He had a natural feel for the grip level out on the track. I was impressed, but not surprised because we know he is a natural."

Rossi became famed for his wet weather prowess in his MotoGP days, taking his first premier class win in rain conditions back in 2000 and adding other dominant successes in the wet to his tally, including in Japan in 2002, Donington in 2005 and Silverstone in 2015.

The one-day test for Rossi in France on Tuesday followed a maiden outing with the team at Valencia late last year.

It was the first time the 42-year-old Italian had driven a full 2022-spec R8. The car he sampled at Valencia had only some of the upgrades that have come with the release of the evo II for this year by Audi. 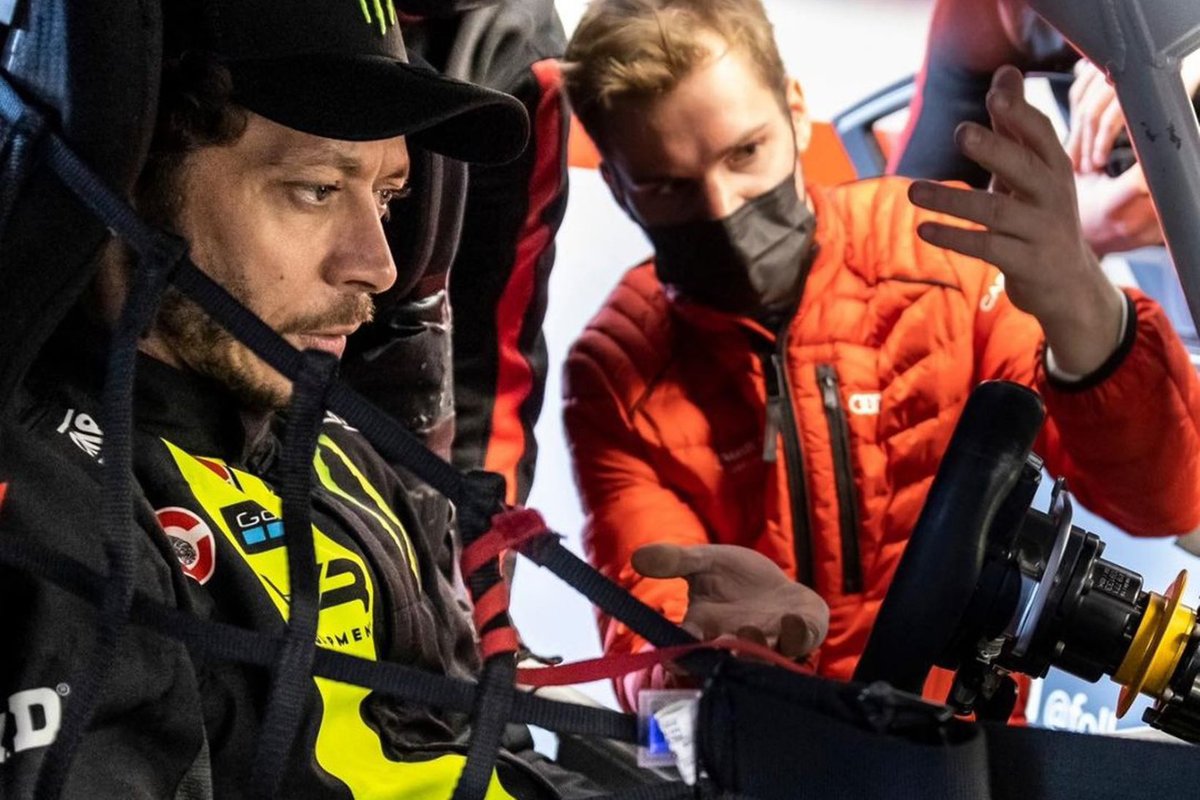 Vosse explained that Rossi has an intensive test programme ahead of him as he gears up for a twin assault on the Endurance and Sprint Cup legs of the GTWCE.

"It will be between six and 10 days depending on how smoothly our programme goes," he said.

The schedule includes the two days of official pre-season GTWCE test at Paul Ricard on 7/8 March.

Vosse expressed satisfaction with Rossi's test programme so far as he gears up for his first full season of car racing following his retirement from MotoGP at the end of last year.

"Everything is progressing in the right way; the Magny-Cours test went well," he said.

"We are putting one goal after another: the first is to get Valentino up to speed and then to make sure he is ready for the start of the season.

"The third is to get onto the podium, and then anything on top of that is a bonus."

Vosse confirmed that Rossi's teammates for his GTWCE campaign will be Audi factory drivers.

"Valentino will have one driver with him for all 10 races and another one will join them for the five endurance events," he explained.

The identity of the Rossi's driving partners in 2022 has already been decided, with an announcement likely before the Ricard test next month.

Last week Rossi said in a WRT-released interview that he was aiming for podiums in his first GTWCE season.