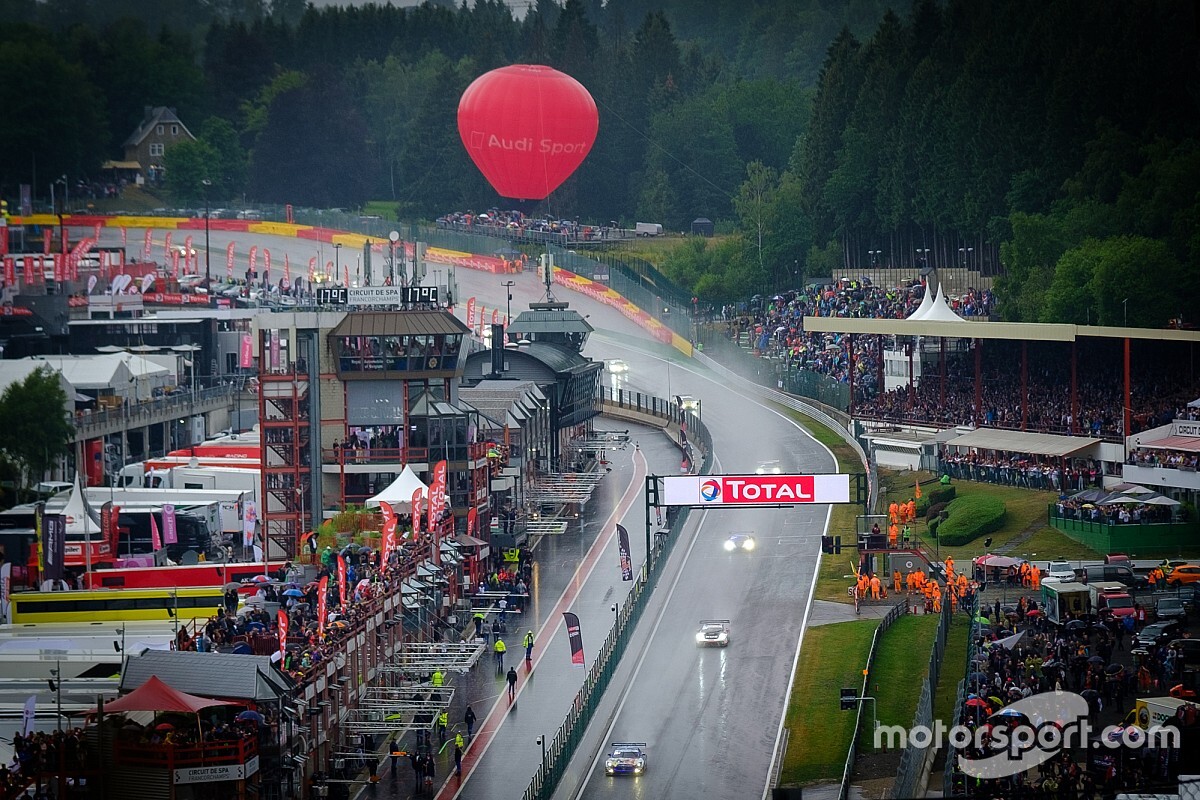 The rescheduled Spa 24 Hours round of the GT World Challenge Europe in October has been extended by one hour to become a 25-hour race.

Series boss Stephane Ratel told Motorsport.com that he wants the event to become a "race to remember that we talk about in years to come" on what is the first occasion it has not taken place in the summer.

The Spa enduro on October 24/25, which is also a round of the Intercontinental GT Challenge, will start and finish at 15:30, but because the clocks move back during the night with the end of central European summer time the event will last 25 hours.

"When we had the new date and someone pointed that the clocks change that weekend, I thought why not race for the extra hour?" Ratel said.

"In these troubled times it is good to do something different and it could be good promotion for the event if, fingers crossed, we can welcome fans.

"People will remember in 30 years the time that Spa lasted an extra hour."

Ratel explained that it was too early to say whether spectators will be allowed at the penultimate found of the GTWCE Endurance Cup, which counts for double points.

But he has already vowed that the event, which was postponed from its traditional date at the end of July as a result of the COVID-19 pandemic, will go ahead even if it has to be behind closed doors.

He has said that his Stephane Ratel Organisation has "a responsibility to our competitors for Spa to take place".

Ratel is expecting the grid to hold up for both the endurance and sprint legs of the GTWCE, which was formerly known as the Blancpain GT Series.

"Our teams are telling us they are still intending to come, but if deals fall over, it usually happens at the last moment," he said.

"We will know in the days ahead of Imola [the opening round of the series on July 19] if everyone is coming."

The Spa 25 Hours will be supported by the Formula Renault Eurocup, TCR Europe, the Lamborghini Super Trofeo and the GT4 European Series.

A detailed timetable has yet to be announced.