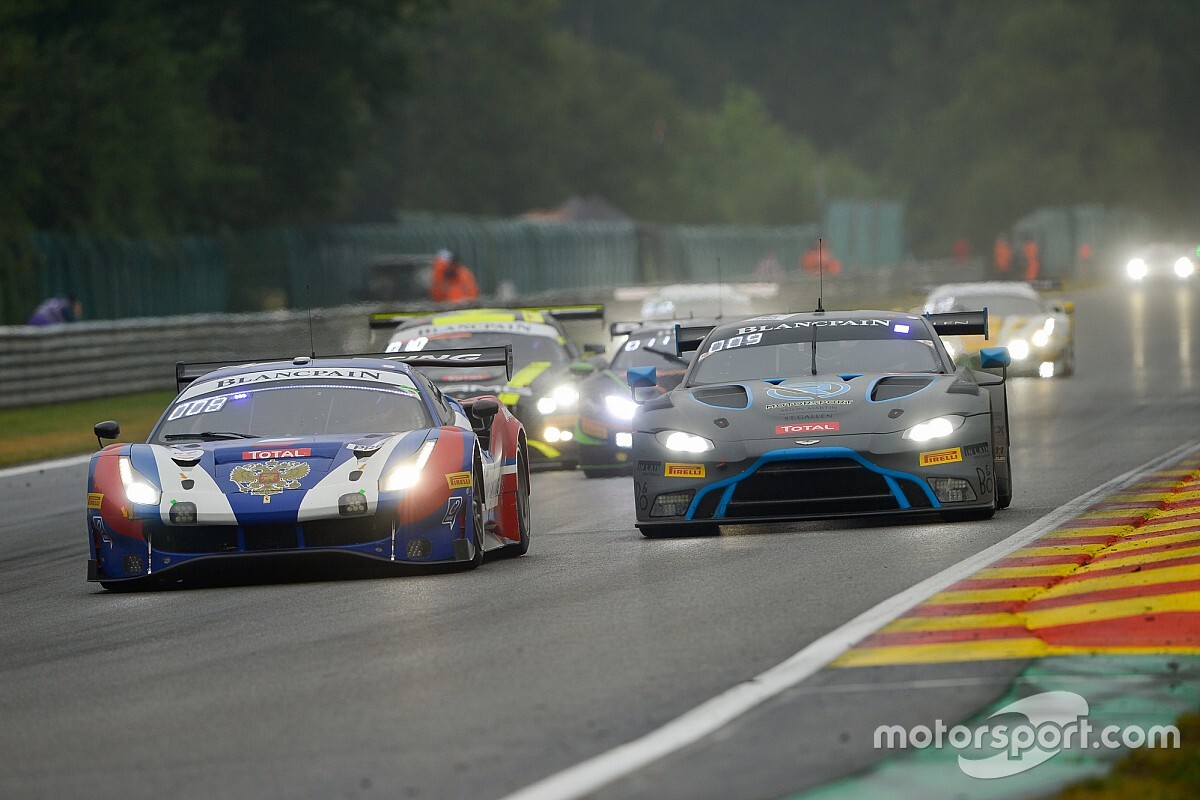 The Spa 24 Hours centrepiece round of the GT World Challenge Europe has been rescheduled for October.

The new date for the Belgian enduro, which is also part of the Intercontinental GT Challenge, is October 24/25.

Originally scheduled in its traditional slot on the last weekend of July, the double-points Endurance Cup round of the GTWCE was postponed earlier this month after the Belgian government announced an extension of its ban on large social gatherings until August 31.

A statement from GTWCE organiser the Stephane Ratel Organisation said that it is "now fully focussed on ensuring that the 2020 Total 24 Hours of Spa upholds its reputation as the world's premier GT race".

"The traditions that have established its success over many years will be maintained wherever possible, while the unique aspects of competing in autumn will also be celebrated," it read.

The statement added that the new date will "also create a unique visual spectacle in the Ardennes: running in autumn will mean fewer daylight hours at the circuit, adding further night running and increasing the sporting challenge faced by competitors".

The pre-event test days for the Belgian classic have been set for September 29/30, while the SRO-run GT4 European Series, the Lamborghini Super Trofeo and TCR Europe Series have been confirmed as support events for the 24 Hours.

Spa's postponement means that the next IGTC race on the calendar is the Suzuka 10 Hours set for August 23.

The GTWCE is at present scheduled to begin with the Sprint Cup rounds at Zandvoort on June 27/28, while the Misano sprint rounds on July 4/5 also remains listed on the calendar.

The first round of the endurance segment of the series is currently the Nurburgring event on September 6 after the replacement of the Monza opener with a race at Barcelona in October, the cancellation of next month's Silverstone round and the postponement of the May Paul Ricard fixture to November.