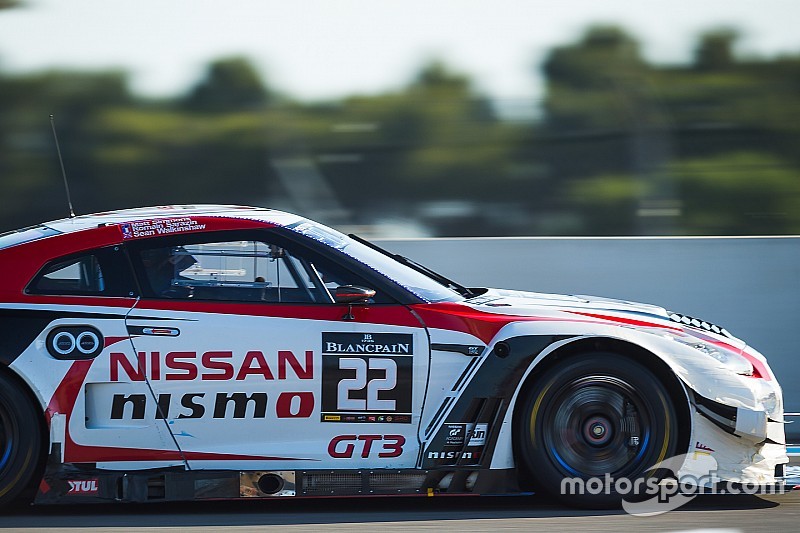 It was confirmed on Friday that Australian driver Simmons was set for another year of European competition in 2017 with Nissan, and he’s now been locked in for a second crack at the BES with RJN Motorsport, the gamer-turned-racer shifting from a Pro-Am entry to an all Pro car.

Simmons will be teamed up with Matt Parry, who will switch from open-wheelers to GT racing for the 2017 season, and GT/Sportscars driver Struan Moore.

“Both Struan and Matt have a heap of racing experience across a whole array of professional championships so I am excited to team up with them and learn as much as I can,” said Simmons.

“I can’t wait for the pre-season testing to get under way and get their thoughts on taming the GT-R NISMO GT3 beast.

“I really just want to try and improve at each round we race at and continue my development. Last year, I found it was the little things that caught me out.

“With the experience that I gained, I will be working hard to iron those kinks out with the team and aim for the best result each race weekend.”

According to GP3 race winner Parry, the opportunity to switch to GT racing in a factory-supported role was “too good to pass up”.

“After racing in GP3 for two years, we evaluated our options over the winter,” said the Welshman, “and while there were opportunities to continue in single-seaters, the chance to link up with a team like RJN and running in a championship-winning car like the Nissan GT-R NISMO GT3 was too good to pass up.”

Moore, meanwhile, joins the Nissan programme after racing a McLaren in the BES last season.

"I’m really excited to be joining RJN Motorsport in the Nissan for my second season in the Blancpain Endurance Series," Moore said.

"I’m looking forward to getting to work with my new teammates and the specialised people within the team that has been so successful in the past.

"I learnt a great deal in my rookie season of GTs last year and for me this transition to RJN and Nissan is a great step forward to help me fight for results and continue my development as a young driver."

The trio will race the #22 GT-R, with Lucas Ordonez, Alex Buncombe, and Katsumasa Chiyo sharing the #23 entry on the other side of the garage.