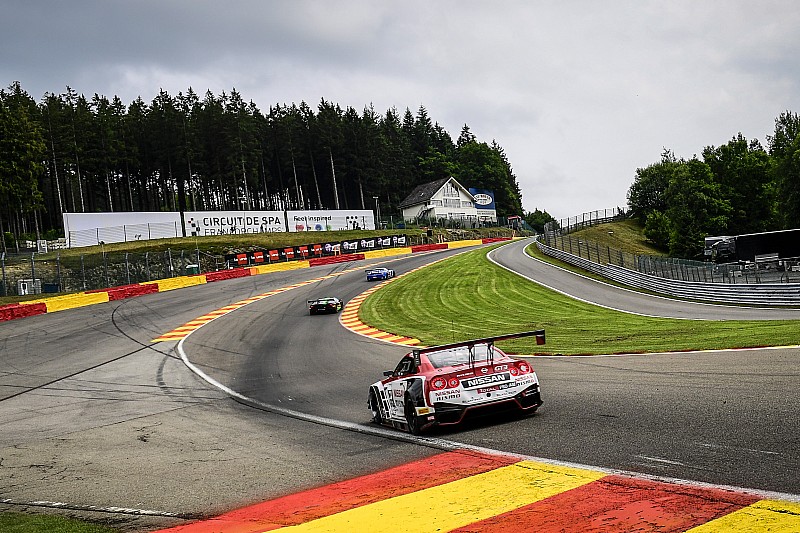 GT Academy winner Matt Simmons says he’s already working towards shoring up his future in professional motorsport beyond the end of his rookie Blancpain GT season.

Simmons was the International winner from the GT Academy last year, leading to a remarkable transition from working as a postal worker in Sydney to being a professional factory racer for Nissan in Europe inside several months.

The guarantees of his unorthodox entry into professional motorsport will effectively come to an end when the current season finishes, however. That means he has to impress enough during his rookie season to either be retained by Nissan, or pick up a deal elsewhere.

While currently focussed on the job at hand, Simmons told Motorsport.com that he is wary of the fact that he has to perform if he wants to continue his career.

“GT Academy gives you an opportunity to step up to a top level,” he said.

“This is the biggest GT category in the world, and with that there is pressure. It’s all about maintaining composure, and getting the most out of it.

“I don’t want this to be the end of my career, I want it to the be the beginning. I’m trying to do everything I can to continue racing [beyond the end of 2016] and get the best out of myself and the car. I feel like I’ve done that to this point, and I feel quite happy.

“I can’t wait to see what the rest of will bring, and hopefully [it will] give me some opportunities for next year, wherever that will be.”

Simmons checked one important career box on the weekend, making it to the finish of his first 24-hour race.

While it was a tough one for the #22 Nissan GT Academy Team RJN entry, Simmons, Sean Walkinshaw, and Romain Sarazin, and Riccardo Sanchez coming home 13th in the Pro-Am class, Simmons said he feels it was a big step forward in his development as a driver.

“I learnt so much in terms of what Spa can bring with the weather and adapting to change,” he said. “And I improved in the race, in each of my stints.

“So I feel quite happy really. I kept it clean and I feel like I’ve made another step forward in my career. Working towards Nurburgring, I’m sure everything I learnt today will come out at the next race.”

He added that the experience of racing around the clock twice was even more intense than he was expecting.

“You think ‘I’ll be okay, I’ll switch off’. But trying to sleep with cars going around is pretty hard, even when you’re exhausted,” he said.

“But that’s a part of 24-hour racing. I’ve loved watching it for a long time, so to now be a part of it and go through the struggles of what a professional racing driver goes through, that’s a whole new element.

“I’m so excited I got to do it. I hope it’s not the last, because I really enjoyed pushing myself to the limit, and getting the most out of the car. Getting to the finish was like a win for me.”