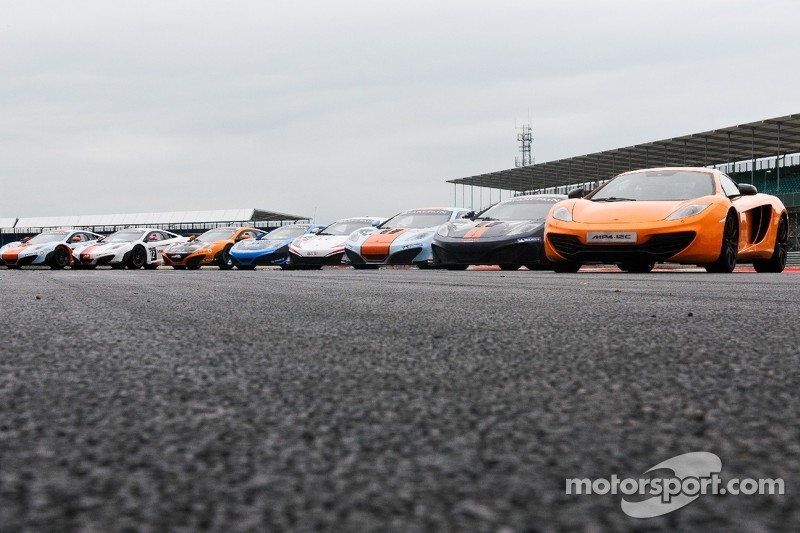 McLaren on the right track

After a miserable performance at the opening round of the Blancpain Series in Monza back in April, the McLaren MP4-12C teams had something to smile about at Silverstone. Many of them had been testing intensively since their disappointing Italian race, getting to know the car better and ironing out the reliability issues that have blighted it so far. Now it looks like their efforts are beginning to pay off. The #60 Von Ryan Racing car topped the timesheets in Saturday morning's free practice session courtesy of Stephen Jelley's efforts. “We've just got a better base setup,” he remarked. “We've done a lot of testing and that's given us the ability to experiment with big changes that you just don't have enough time for on a race weekend. The front end is working a lot better than it was in Monza.” Jelley's fellow Briton Rob Bell was not far behind in fourth, driving the #9 Gulf Racing entry. “We've done a lot of work on the car's issues since Monza, so we're a lot more optimistic,” he noted. “But we still have to wait and see tomorrow if the tyres will last and we can keep up the pace.” The second Von Ryan car made it three McLarens in the top ten, with another British driver, Rob Barff, setting the time. Come qualifying, the impressive performances continued, with Duncan Tappy going second-quickest overall and fastest in the Pro-Am class in the #12 ART Grand Prix McLaren, plus another strong run from Rob Bell, who lines up on Sunday's grid fourth in the car he shares with Mike Wainwright. 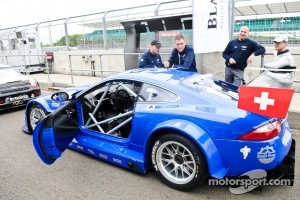 Big cat roars... but only briefly

Factory-built customer cars from BMW, Mercedes, Porsche, Audi McLaren and Ferrari comprise the majority of Blancpain Endurance Series entries, but there are still teams willing to go their own route. Swiss outfit Emil Frey Racing turned up at Silverstone with a brand-new Jaguar XK GT3 car – not one of the Apex Motorsport-built cars seen in GT3 racing several years ago, but rather their own creation. Sadly, Saturday morning's test session illustrated the heartbreak that can come with going it alone like in this manner: the Jaguar's engine failed, and with no spare to hand, drivers Freddy Barth, Gabriele Gardel and Lorenz Frey with [play no further part in the weekend's running.

With the Le Mans test day taking place on the same day as the Blancpain Endurance Series race in Silverstone, several drivers found themselves in the awkward position of having to be in two circuits in two different countries on the same day. But thanks to a slight tweak in the Blancpain timetable – plus the fact that there are private airstrips close to both Le Mans and Silverstone – it's going to be possible for them to be in two places (almost) at once. A chartered private plane will leave Turweston Aerodrome in Northamptonshire on Saturday night and return from the Circuit de la Sarthe on Sunday morning, giving them just enough time to drive the required ten laps at Le Mans while still getting back to the UK for the lunchtime start of the Blancpain race. Matt Griffin (AF Corse), Bret Curtis (Black Falcon), David Brabham (United Autosports) plus Bas Leinders and Maxime Martin (Marc VDS) will be on board. “I'm a bit stressed about, I'd rather stay in one place for the weekend,” said Griffin, “but if it has to be done, it has to be done.” 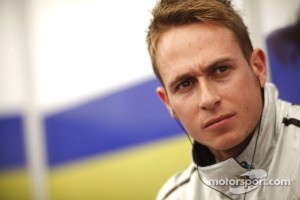 Adam Carroll in at the top for Vita4One

One driver choosing not to do the whistlestop visit to Le Mans was Dutchman Yelmer Buurman, who is focusing on testing the Status Grand Prix Lola that he'll race at La Sarthe in a fortnight's time. His place in the Vita4One BMW team at Silverstone was taken by Northern Irishman Adam Carroll – 2009 A1GP champion and multiple GP2 race winner. Despite never having sat in a GT car before, he instantly raised eyebrows and proved his talent by going quickest – by 1.7 seconds – in the second of three parts of Saturday's qualifying session. “It's a good car to drive, but obviously different to a single-seater,” he said beforehand. “I'm still getting used to a lot less feel through the steering and brakes compared to a GP2 car, but that'll come with more time. This is the direction I want to go in with my career. I think GT racing is the future – just look at the size of the grid here!” Carroll's car lines up on Sunday's grid in pole position after a highly impressive run in qualifying. He shares the Z4 with Frank Kechele and reigning Blancpain Series champion Greg Franchi.

BMW and McLaren to the fore in BES Silverstone qualifying