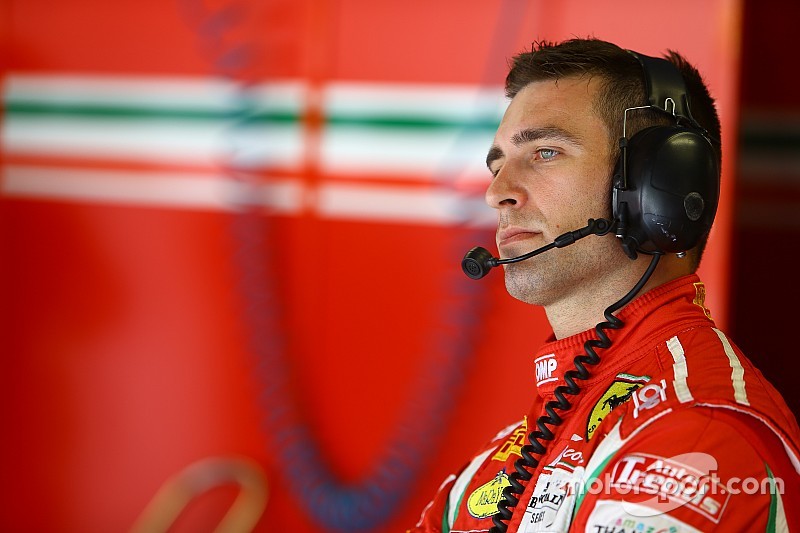 The Italian jumped to the top of the timesheets in his AF Corse-run Spirit of Race Ferrari with a 1m47.423s lap that was completed after the chequered flag had fallen.

Pier Guidi initially bumped fellow Ferrari driver Davide Rigon in the SMP Racing entry, which had held pole when the flag fell at the end of the 15-minute session.

Rigon was subsequently pushed down to third courtesy of a 1m47.485s from Norbert Siedler in the best of the Grasser Lamborghinis.

Pier Guidi, who races for the factory Ferrari squad in FIA WEC, said: "It think it was the best moment to do the time, to be honest.

"I had traffic on my first set of tyres and decided to put a second set on. I made a mistake on my first lap, but my second one was clean."

Fourth place was taken by Steven Kane in the fastest of the factory M-Sport Bentleys with a 1m47.603s.

Mirko Bortolotti was the second Grasser Lamborghini in fifth, ahead of sportscar newcomer Matt Parry's Nissan.

The first 32 cars qualified within a second around the 3.6-mile Monza circuit.

Frijns to miss Monza Blancpain round due to injury