Perel flies for Ferrari in France 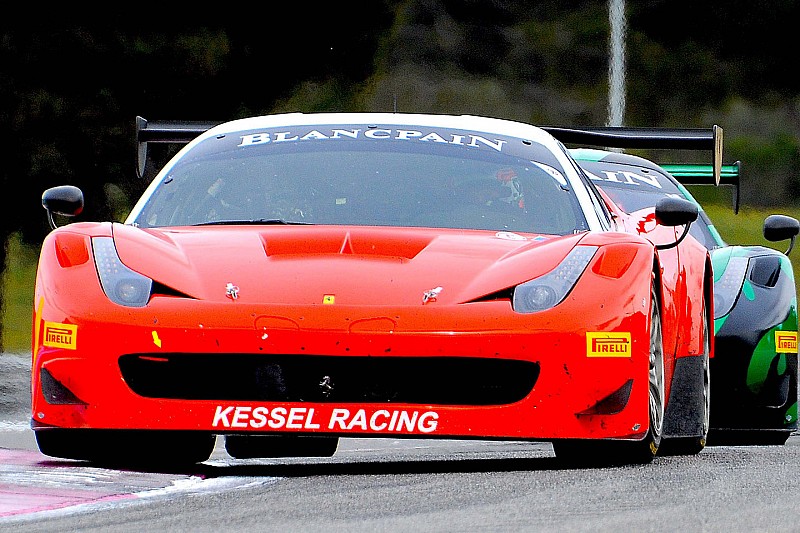 David Perel was united with his brand new Ferrari 458 GT3 for the first time for a seat fitting Tuesday evening before hitting the track on Wednesday.

Capetonian Perel who stunned with his performance in the Italian GT3 Cup last year, was signed by official Ferrari GT3 team Kessel Racing last week and was among more than 70 leading drivers to test the 38 cars set for a bumper Blancpain Endurance grid over six races this season.

The test was the perfect opportunity for David to set a marker and he was immediately on the pace and he went on to impress with his pace and consistency over the two-day test.

So my Race pace is very good and I’m right there with the all the boys,

David was united with his brand new Ferrari 458 GT3 for the first time for a seat fitting Tuesday evening before hitting the track on Wednesday, where he settled in quickly before a race simulation Thursday. “Day one at this test was a baptism of fire,” David admitted. “The top drivers’ pace literally blew my mind but I spent a lot of time following them and learning this very technical track, so details are important which is why I struggled a bit on my first time out at Paul Ricard”

“Day two was however much better, we did a qualifying simulation on 10 lap old tyres and ended on the pace, which was the highlight — my pace matched that of the top teams,” David explained. “I finished the simulation on 260km-old tyres but the team was most excited at my times - they tell me that new tyres are worth a second, which would have put me in the top five in the afternoon session.

“So my Race pace is very good and I’m right there with the all the boys, but what I know for sure is that this year will be a hundred times tougher than it was in Italy in 2015 - the field is incredibly tight with 1 second covering first 23 cars, so I’m being realistic,” David concluded. “One little point I was really chuffed about is that I was quicker than ex-F1 driver Will Stevens and whatever that means, it gives me the confidence to focus on winning the AM championship, which is not impossible.”

Perel then packed up and headed home to Cape Town - he returns to Italy for his first Blancpain GT3 AM Endurance race at one of his happy hunting grounds at Monza 23-24 April.