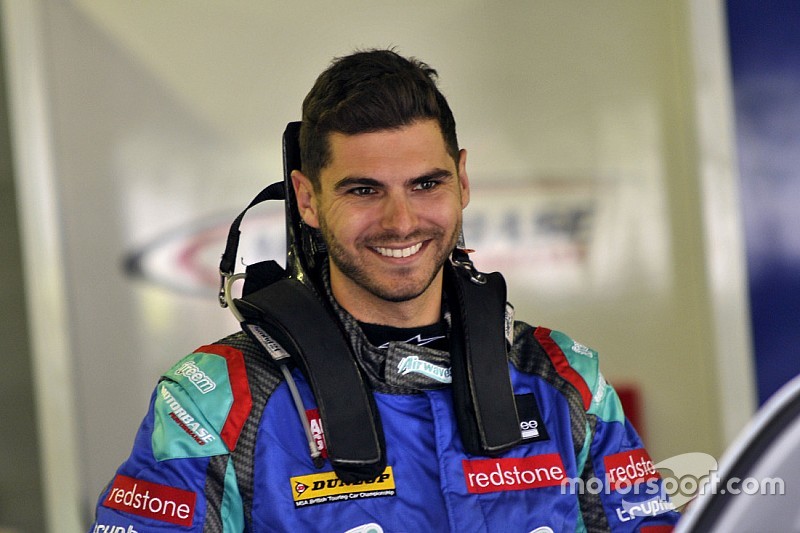 Although he has contested Spa 24 Hours for the last two years, this is OC’s first full season in the Blancpain Endurance Series, which was a major goal for the Rockstar Energy Drink Athlete who switched to GT racing in 2014.

The Continental GT3 is an impressive machine,

“Blancpain Endurance Series is the largest GT series in the world and has fast become a main focus of manufacturers, drivers and teams,” he commented. “The level of competition is ‘off the scale’ and, as a GT3 specialist, it’s the main stage to play. I’m no stranger to the series, I’ve had some great times and got good experience racing in Spa 24 Hours, but I’m looking forward to making the paddock my home rather than a naughty weekend away in July!"

Team Parker Racing signed a deal with Bentley at the end of 2015 to see the British preparation team run the Continental GT3, which has won races in the Blancpain Endurance Series, plus finishing second in the championship for the last two years.

“The Continental GT3 is an impressive machine,” he continued. “Before you even drive it you can see the quality and thought that has gone into the design. In my first few laps of the car it was very easy to get up to speed; the car inspires confidence. Year-on-year, since the car’s launch, it has been battling at the front with the support of Bentley and M-Sport and this is a trend we’d love to continue.”

“We were looking for a quick silver to join Ian and Callum so invited Tom to test with us. Although he’d never driven the Continental GT3, he was quick out of the box and set impressive laps times. Pair that with his fantastic attitude and we knew he had found our driver.”

OC is quickly making his name in GT racing following a season in the British GT Championship in 2014 and a championship title in 24H Series in 2015, following podiums at each of the six rounds and a win in the 24 Hours of Paul Ricard.

“I’m pleased with how my switch to GT racing is going, it’s amazing how separate the various disciplines in motorsport are. As a driver, not only are you learning new machinery, distances and strategy, but you also need to grow your network to get onto the teams’ radars to be in-line for new opportunities – Gaymor Price Management have been extremely helpful in this respect. Blancpain Endurance Series was a target in my three-year plan and I’m pleased to be on-track."

OC was careful not to take the first opportunity that came his way but wait for one that he felt gave him the best opportunity to take race and championship wins. Team Parker Racing scooped the Am Cup drivers’ title and came second in the teams’ title in 2015 so he knew they had what it takes.

“I’ve been extremely impressed with Bentley Team Parker Racing, they are a well organised and welcoming team. They’ve run at the front of everything they’ve tried, so I guess the pressure is on us! We’re totally prepared for the official Blancpain GT Series test next month, Paul Ricard is a brilliant facility and I’m looking forward to seeing who we’re up against for the season ahead.”

OC adds the Blancpain Endurance Series to his 24H Series championship title-defence with RAM Racing in its Mercedes AMG GT3, which continues with the 12 Hours of Italy on 18th March.

A busy and full-fledged program for Team WRT in 2016!