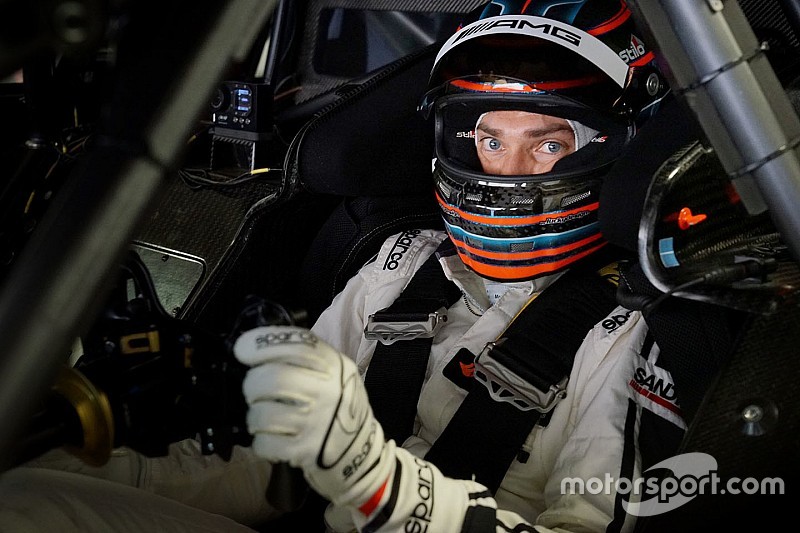 The Italian, who has moved from Audi to Mercedes for this year's DTM, is close to a drive in the Blancpain GT Series Endurance Cup with the Auto Sport Promotion team run by former Le Mans 24 Hours regular Jerome Policand.

Mortara tested for the French team, which runs under the AKKA ASP banner, at this week's official BGTS test at Paul Ricard in a Mercedes-AMG GT3 shared with former Sauber Formula 1 test driver Raffaele Marciello and Michael Meadows.

He was brought in for the test after Mathias Lauda, who was originally down to take the seat, opted to focus on his World Endurance Championship GTE Am programme with Aston Martin Racing.

Policand told Motorsport.com: "Bringing Mortara in to drive the car this week was a last-minute deal because it was the final chance to test before the start of the season.

"He told us he is happy to do it, but he just needs the agreement of Mercedes."

Mortara won the Macau GT race in 2011-13 driving privateer Audis, but raced GT3 machinery infrequently during his six-season stint with the German manufacturer in the DTM.

He took GT class honours at the Daytona 24 Hours in a Alex Job Racing Audi R8 Grand-Am in 2013 and contested three Blancpain enduros in 2015-16.