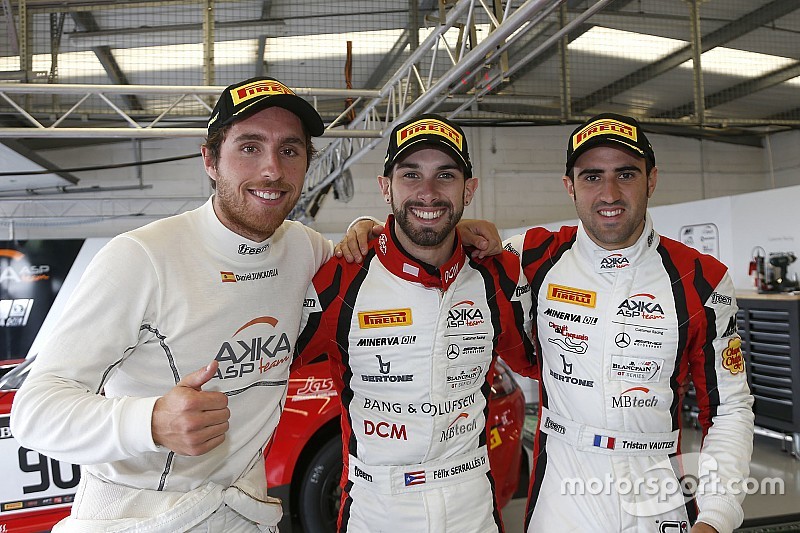 The Spaniard took the top spot aboard his Auto Sport Promotion Mercedes-AMG GT3 with a 1m59.072s on his second run during the final 15-minute period of qualifying.

That vaulted him ahead of Mirko Bortolotti's Grasser Lamborghini Huracan GT3, which ended up just over two tenths behind in second position on a 1m59.506s.

Juncadella said: "The car is great to drive in the high-speed corners, very close to a DTM car, and that's why it felt so good.

"My first lap wasn't perfect, so we changed out strategy [to make another run] because pole should be important here - it's difficult to overtake in our car because we are missing a bit of straightline speed."

Third place went to HTP Mercedes driver Franck Perera, whose 1m59.506s was a further two tenths back, while Davide Rigon posted a 1m59.535s to end up fourth in his SMP Racing Ferrari 488 GTE.

Jules Gounon headed the times initially in the best of ASP's Pro-Am entries and ended up with fifth position and the class pole courtesy of a 1m59.541s lap.