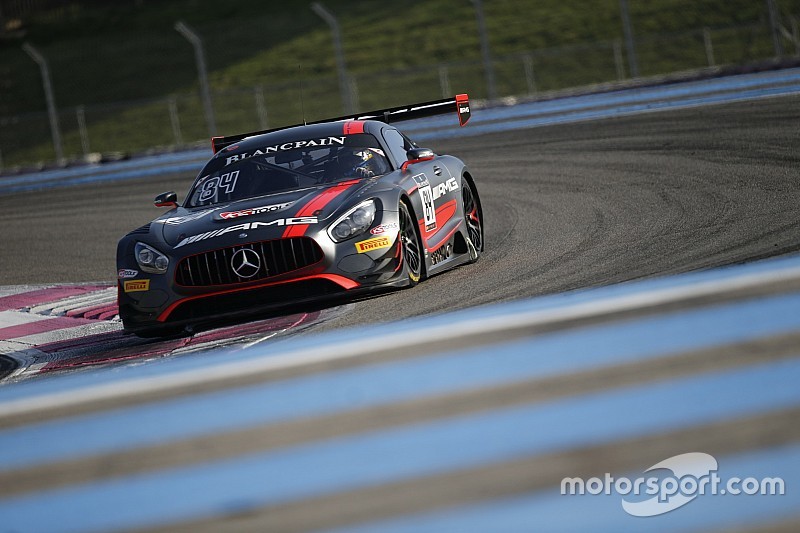 The HTP Mercedes squad has split up reigning Blancpain GT Series champions Maximilian Buhk and Dominik Baumann for the defence of its title in 2017.

Buhk and Baumann, who claimed the overall BGTS crown in 2016, are set to drive different HTP Mercedes-AMG GT3s in both the Endurance and Sprint Cups, in which they finished second and third last season respectively.

Former Bentley driver Buhk will be partnered by Franck Perera and Baumann teams up with former GP2 driver Jimmy Eriksson in the Sprint Cup, which begins next weekend at Misano.

HTP team manager Roland Rehfeld told Motorsport.com: "We are re-inventing a marriage and in doing this we believe we are making the team even stronger."

Perera is moving full-time into the HTP fold after a successful try-out with the team in the final round of last year's VLN long-distance championship at Nordschleife.

GP3 race winner Eriksson, 26, has made the switch to GT racing after a single season in GP2.

The Swede described GT racing as a "fantastic platform which opens up new opportunities for a lot of drivers", and said that he was "convinced that this is the right move for me".

Another GP3 winner and ex-GP2 driver in Marvin Kirchhofer could join HTP squad for the BGTS Endurance Cup.

HTP has yet to confirms its line-ups for the Endurance Cup, which starts at Monza on April 23, but it appears likely that Eriksson will join Buhk and Perera.

Kirchhofer is in the frame to drive alongside Baumann and former DTM driver and team returnee Maximilian Gotz.

Rehfeld said that there were "still some questions open" about the line-up for the enduros.

"Kirchhofer is already in our team for the Masters and is a guy to consider bringing into international GT racing in the future, but whether it will be this year, we don't know," he said.

HTP also has a third car entered for the Endurance Cup to be driven by Kenneth Heyer, Indy Dontje and Patrick Assenheimer.