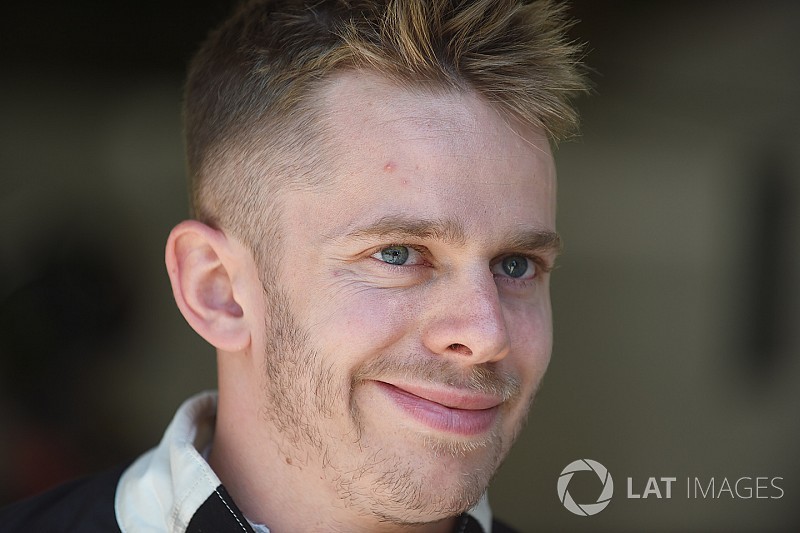 The two British drivers will campaign a V12 Vantage GT3 for the five-round series, including the Spa 24 Hours, as part of a joint venture between R-Motorsport and established single-seater squad Arden.

Brundle meanwhile has focused on prototype racing in recent seasons, racing for the Jota Sport-run Jackie Chan DC Racing squad in the LMP2 class of the FIA World Endurance Championship this year.

Both Dennis and Brundle were joined by factory Aston driver Darren Turner during testing.

“We are extremely excited to be competing in the Blancpain GT Endurance Series in 2018," said R-Motorsport team principal Dr Florian Kamelger, who co-owns the team with Dr Andreas Baenziger.

"We have the ambition to fight for the win of the championship and to step onto the highest step of the podium at the 24 Hours of Spa in 2018.

"The Aston Martin V12 Vantage GT3 is such a great race car, the team is amazingly professional and our driver line-up will be fantastic.

"Being able to work with Arden Motorsport has been and is a great experience for us and we think we have found the perfect match.”

R-Motorsport's parent company AF Racing has close ties with Aston Martin, acting as a distribution licencee in several European countries and a "project partner" for the Valkyrie hypercar.

“Andreas and Florian have not just played an important role in the Aston Martin Valkyrie project but are such enthusiasts and professionals in every respect," said Arden team founder Garry Horner. "Their passion for racing and the brand is exceptional.

"I am pleased to be having such strong partners of Arden Motorsport and I am very much looking forward to next year’s Blancpain GT Endurance Series. I am expecting a great result for the R-Motorsport team.”