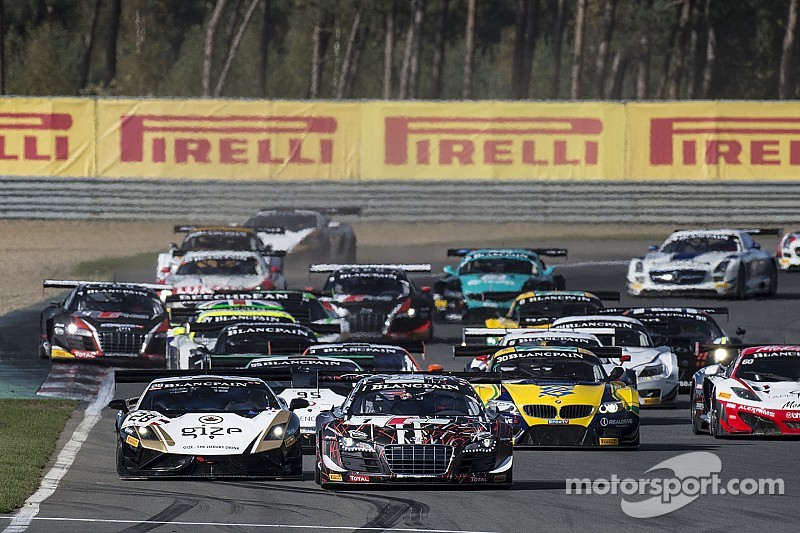 Deal struck at St. Pete has Pirelli World Challenge racing with Blancpain in Italy in 2016.

Blancpain head Stephane Ratel (in photo above) and PWC President and CEO Scott Bove made the joint announcement at a press conference at the IndyCar weekend at St. Petersburg.

And more important, the Blancpain GT series will join the PWC at their second annual season opener at Circuit of the Americas next year, scheduled for March 4-6, 2016. and the PWC cars will be invited to race with the Blancpain series in Italy, at Misano or Vallelunga.

The news was greeted with enthusiasm by teams and drivers, including Cadillac PWC racer Johnny O’Connell. “When you think you’re the best, you want to race against the best, and this is a fantastic opportunity for us,” he said.

The venture has the backing of the PWC’s title sponsor, Pirelli, as Pirelli vice-president Rafael Navarro called it a “foreign exchange program” that should benefit both series.

Ratel said he has, since 2005, wondered why no U.S. series would embrace the GT3 format, and he said he had multiple conversations with series executives, “and nothing came of it,” Ratel said. “Getting an American circuit on the Blancpain GT Series calendar has always been one of my pet projects,” said the founder of SRO Motorsports Group. “The best way to do that is to work together with people who know the ins and outs of racing in the United States.”