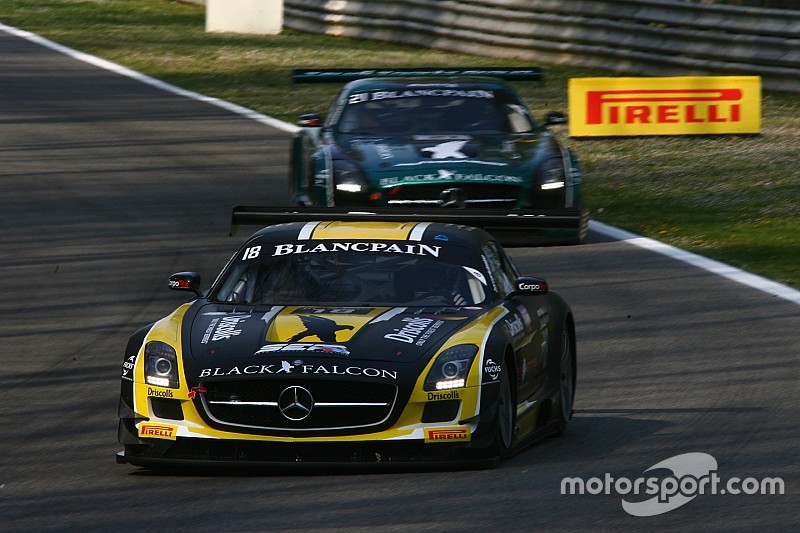 The 1000km race will be hosted on the Circuit Paul Ricard.

Black Falcon will return to the racetrack this weekend for the third round of the 2015 Blancpain Endurance Championship in Paul Ricard, France where the team looks to prepare for the Spa 24 Hours.

The team will employ its two Mercedes-Benz SLS AMG GT3 racecars and plans to fight for points-scoring positions, in addition to collecting vital data for the 24-hour race on Belgium’s legendary Spa-Francorchamps circuit next month – the team’s third 24-hour race of the year after the 24 Hours of Dubai and the 24 Hours of Nürburgring.

As with the previous round in Silverstone, Black Falcon will have Oliver Morley (United Kingdom), Sean Johnston (United States), Maro Engel (Germany) sharing the #21 Mercedes in the Pro class, while Abdulaziz Turki AlFaisal (Saudi Arabia), Hubert Haupt (Germany) and Yelmer Buurman (Netherlands) are expected to race the #18 Mercedes in the Pro-AM category.

The 1000km race, which is partially held in the evening, will be hosted on the Circuit Paul Ricard at Le Castellet, near Marseille, in France. The track is characterized by its long straight and elongated and very flat design, as it was built on a plateau. Racing will take place on the full 5.8-kilometer course that consists of 13 corners.

The track is considered one of the safest and most high-tech in the world thanks to a number of innovations including distinctive asphalt run-off zones that replace traditional gravel beds. The run-offs, highlighted by red and blue color strips, offer crucial advantages for safety through their abrasive surface that slows down vehicles going off the track.