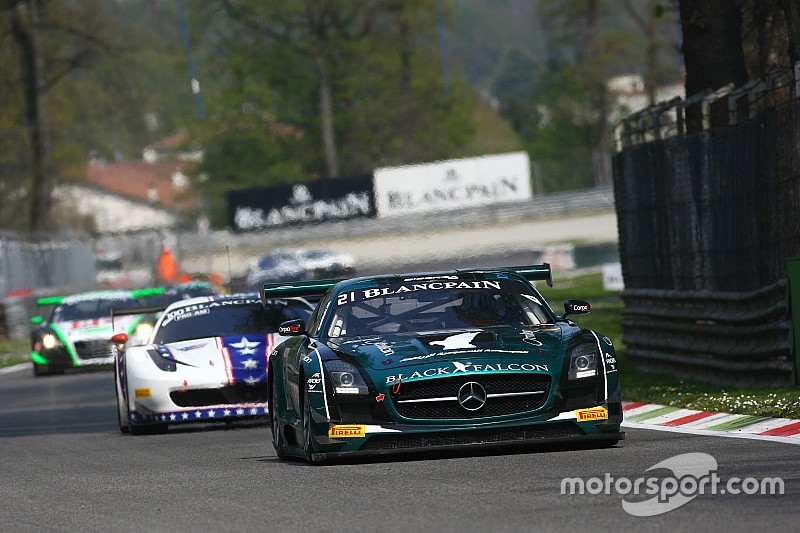 Black Falcon is gearing up for its assault on the toughest and lengthiest race in the 2015 Blancpain Endurance Series calendar, the Total 24 Hours of Spa, which is scheduled on July 23-26.

Three Black Falcon Mercedes-Benz SLS GT3 racecars will take part in the race, two of which will compete in the GT3 Pro class, with the third entry expected to race in the GT3 Pro Am category.

The #18 Pro-Am Mercedes will be shared between Black Falcon regulars Oliver Morley, Sean Johnston and Maro Engel, in addition to Bernd Schneider, who was drafted in as a fourth driver – which is only allowed in Pro-Am rules - in order to help push for the win in the hotly contested category.

The Spa 24 hours is definitely the highlight of the Blancpain GT Series calendar.

After a short-lived race in the previous round in Paul Ricard due to a technical failure, Abdulaziz Al Faisal, Hubert Haupt, Yelmer Buurman are aiming to fight for front-running positions once again in the #21 car.

Adam Christodoulou and Andreas Simonsen will be joined by Belgian GT driver and Spa specialist Nico Verdonck, who will race a Black Falcon Mercedes for the first time. The trio will share the specially entered #29 SLS AMG GT3.

Racing will take place on the legendary 7-kilometer Circuit de Spa-Francorchamps in Belgium, which is the longest circuit on the calendar; the Belgian circuit is highly popular thanks to its mix of long straights and challenging fast corners, in addition to a picturesque setting; the weather in Spa is notoriously unpredictable and it can often be simultaneously wet and dry on two different parts of the track.

Black Falcon team principal, Sean Paul Breslin: “The Spa 24 hours is definitely the highlight of the Blancpain GT Series calendar. It poses the greatest challenge of the year both for the team and drivers. We all love the circuit but it has a tendency to throw up lots of surprises. We return again this year with three very strong cars and I am very interested to see what we can do come the chequered flag on Sunday."

The Total 24 Hours of Spa will be the team’s third 24-hour race in 2015 after the Dubai 24 Hours and Nürburgring 24 Hours, the former of which was won by the team for a record third time this year.

The race is scheduled to start on Saturday, July 25 at 16:30; it will be preceded by Super Pole on Friday and Free Practice and three Qualifying sessions on Thursday.

Sparkling spectacle at the Total 24 Hours of Spa