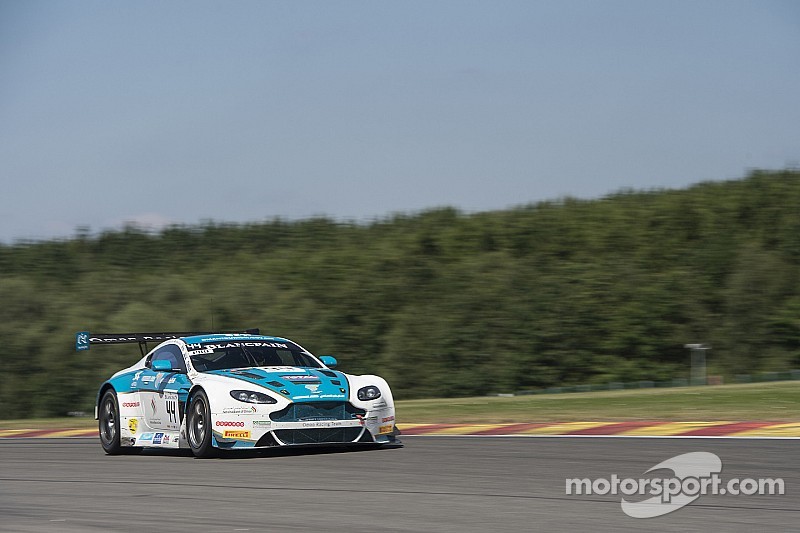 The fourth round of the Blancpain Endurance Series, the annual Total 24 Hours of Spa, gets underway on Saturday, 26th July.

Spa-Francorchamps in Belgium will be the venue for the greatest challenge of the Oman Racing Team’s motorsport season just days from now when the fourth round of the Blancpain Endurance Series, the annual Total 24 Hours of Spa, gets underway on Saturday, 26th July.

As well as marking the undoubted highlight of Omani racing star Ahmad Al Harthy’s 2014 calendar, and the Oman Racing Team’s second trip to the 4.3-mile track in as many weeks, the spectacular twice-round-the-clock event is also the biggest GT3 race on the planet and attracts a huge entry.

For this year’s Total 24 Hours of Spa, a grid of around 60 cars is expected with no fewer than 11 prestigious manufacturers represented. Ahmad, of course, will team-up as always with British duo Michael Caine and Stephen Jelley in the No.44 Aston Martin V12 Vantage GT3.

“It doesn’t get any bigger or better in GT3 racing than the Spa 24 Hours, it’s an amazing event and a fantastic race to be part of – I can’t wait to be back there”, said Ahmad, “Other than the Le Mans 24 Hours, which we hope to be able to participate in at some point in the future, this is by far the most challenging race in motorsport.

“While nothing else can properly prepare you for a 24 Hour race, we’re going into it with a lot of confidence after finishing on the podium in British GT at Spa a week ago. The experience we gained there could prove to be very important and, it goes without saying, Michael, Stephen and I will be giving our absolute all and trying as hard as we can.”

While the squad’s dovetailed Avon Tyres British GT Championship campaign has gone particularly well this year, with two race victories and a total of three podiums so far, the Blancpain Endurance Series challenge has unfortunately been impacted by a series of issues.

Electrical woes put paid to the team’s hopes in the season-opener at Monza in Italy but in round two of the season at Silverstone, the team displayed its true front-running capability with ninth position in the ‘Pro Cup’ Class. An even better finish was on the cards for round three at Paul Ricard HTTT in France, but an unscheduled pit-stop to repair bodywork damage resulted in 10th position.

Despite some frustration so far this year in Europe’s most competitive GT3 championship, hopes are high in the Oman Racing Team of a strong showing at Spa this coming weekend. Just to complete the 24 hour duration will be a feat in itself, something Ahmad is determined to achieve.

“There are so many variables in racing of any kind, but a 24 hour race brings so many different demands which can have a big impact on the end result”, he commented, “We obviously want to do as well as we can, score some good points and be at the sharp end throughout. If we can complete the full distance though, that will be an achievement in itself.”

Following promotional activities at Spa on Wednesday, 23rd July, the first track action will come at 11.55 (local time) on Thursday, 24th July, with opening free practice ahead of qualifying and night qualifying which all begins at 18.40 (local time) and runs until roughly 23.45 (local time).