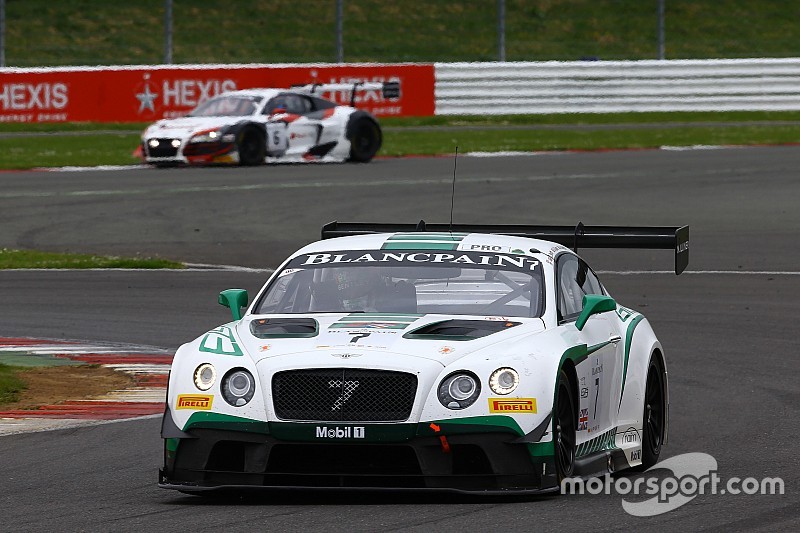 1000 km ahead for Continental GT3 at Paul Ricard

Crewe, – The two Continental GT3s of Bentley Team M-Sport are set to tackle the third round of the Blancpain Endurance Series this weekend, with the challenge of the Paul Ricard 1000 km. For 2015, the 1000 km race that always features in the Blancpain season has moved to Paul Ricard to form a warm-up for July’s Spa 24 Hours, and with a start time of 17:00 the race will begin in daylight and end in darkness, providing an extra challenge for the drivers and mechanics.

What we need now is big result, and Paul Ricard has more points available than the previous races so this is place to do it.

Following the second round of the championship at Silverstone, where the team had the pace but not the luck to achieve a podium finish, the #7 car of Guy Smith, Andy Meyrick and Steven Kane and the #8 car of Maxime Soulet, Maxi Buhk and Andy Soucek will both be targeting the top three.

Bentley’s Director of Motorsport, Brian Gush, comments: “We won the Paul Ricard round last year, but that was only a three-hour race – this year’s 1000 km will take closer to six hours, making it a more formidable challenge for the whole team. We’re ready to race, not just for the championship points but also in preparation for the upcoming test day at Spa and the 24 Hours that follows. For me, this is the most exciting part of the season.”

With the round at Paul Ricard becoming a longer race for 2015, there are more points available for the team this weekend – 33 points for a class win instead of the usual 25. This makes the upcoming weekend second only to Spa in terms of championship importance, so Bentley’s preparations for the event have been meticulous.

Brian Gush continues: “As we reach the busiest point of the season, our work ahead of each race becomes even more important. Our mechanics have been working hard to ready the two cars for the upcoming five weeks of work, which will see almost 6000 km of total running. The Continental GT3 was built as endurance racer so I’m confident that the cars will thrive.”

Steven Kane, car #7: “So far this season, we’ve had really strong pace but haven’t been able to convert that in to race success – frequently through no fault of our own. Paul Ricard is a great circuit for us because the car is so strong through medium-speed corners, so hopefully we can recreate the form from last year and have a really successful and enjoyable race.”

Maxime Soulet, car #8: “Andy, Maxi and I have really grown as a team so far this season and I’m confident that together we can have a good race this weekend. We’re getting great speed out of our Continental GT3, and we’ve been scoring championship points. What we need now is big result, and Paul Ricard has more points available than the previous races so this is place to do it.”

A lap of Paul Ricard with Markus Palttala