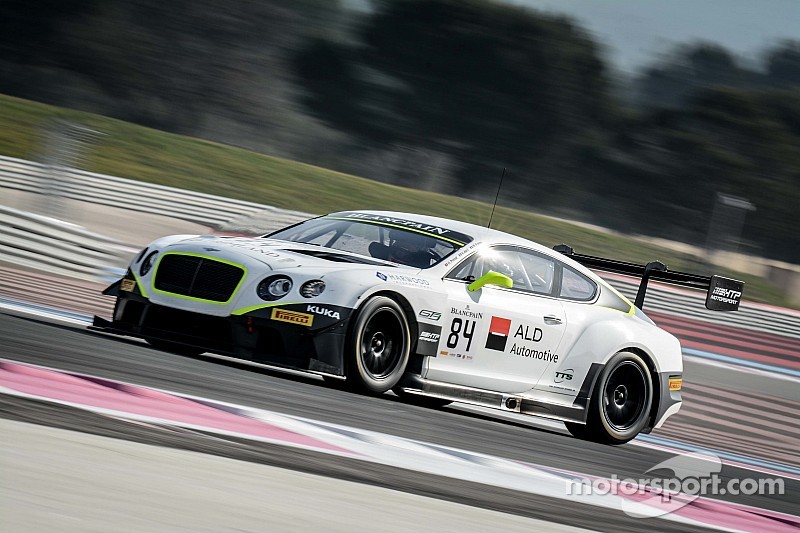 Altendiez, Germany, Bentley Team HTP has completed its driver line up for the Blancpain Endurance Series with the addition of French GT specialist Mike Parisy. The 30-year old from Pau will compete in the Bentley Continental GT3 in the five-round endurance series alongside fellow countryman Vincent Abril and Harold Primat (Switzerland). The first race of the Blancpain Endurance Series is scheduled April 12th at Monza in Italy.

Parisy will start his first season with Bentley Team HTP, but is not completely new to the team, as he competed with HTP Motorsport two years ago in a race at Baku. “Driving for Bentley Team HTP is a great opportunity”, says Parisy, who is a race winner in the FIA GT3 Endurance Championship, GT1 World Championship and national French GT. “The success story of HTP Motorsport is impressive, the team and the car look great.”

The Bentley is fast and well balanced so I’m hoping we can have a successful season.

At Bentley Team HTP, Parisy will form a team with Abril and Primat and also with race engineer Renaud Dufour, with whom he was successful in the past. With Dufour engineering his car, Parisy won races in the FIA GT3 European Championship in 2010 and 2011. “It is great to work with Renaud again. I started my career in GT racing with him, we know each other very well. The drivers, the team, the car and the race engineer form a very strong package at HTP Motorsport, and this is very important.“

Parisy has tested the Bentley Continental GT3 on several occasions in the past months and is impressed by the car. “The car is very good, I have a good feeling with it and our tests were promising. The Bentley is fast and well balanced so I’m hoping we can have a successful season.”

In the five-round Blancpain Endurance Series Parisy will form a trio with newcomer Abril and Primat, who has already been successful with the team in 2014. “Together we will have a good chance to fight for podium positions in the Endurance Series. With Harold and Vincent we are a fast and very consistent trio. We are a small “French speaking clique“, which is good for our teamwork and a good starting point. The atmosphere in the team is great, not only among the French, it’s also great to work with Norbert Brückner and Gerhard Ungar.“

Zanardi to race at Spa 24