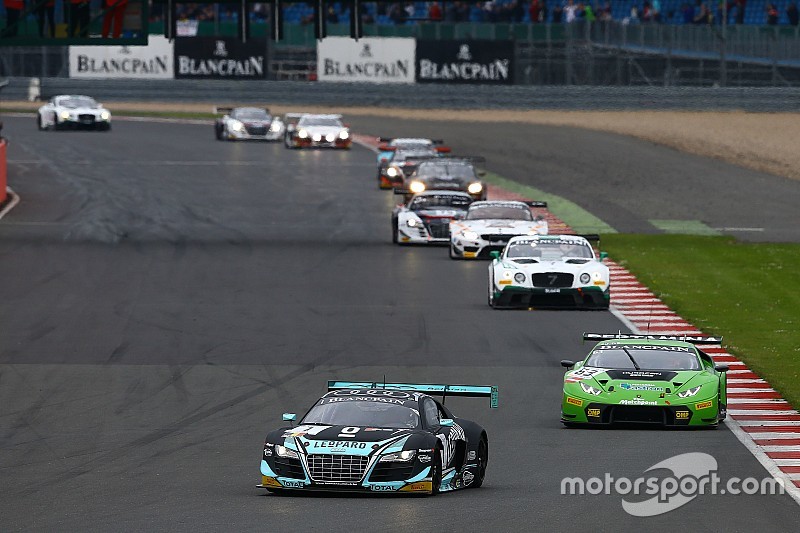 The 2015 racing programme of the Belgian Audi Club Team WRT goes on at fast pace: the Blancpain Endurance Series is next in the sequence with the yearly one-off 6-hour race.

This year the ‘longer’ race takes place at the Paul Ricard circuit in Southern France. For the occasion, the Belgian Audi Club will have again one unit of the new Audi R8 LMS, which has led to a reshuffle of the driver line-ups. The new car will be entrusted to Laurens Vanthoor and Audi Sports drivers René Rast and Mike Rockenfeller. On the two traditional R8 LMS ultra of the squad will be Ortelli-Stippler-Richelmi, as usual, and Frijns-Vernay-Müller in a new trio combination.

While the primary objective of the team will be to consolidate the leading positions in the Drivers’ and Teams’ standings of both the Blancpain Endurance Series and the overall Blancpain GT competition, it is clear that this race longer than usual will serve as a last real-life test before the Total 24 Hours of Spa of next month, the most important rendez-vous in the calendar.

Ahead of the trip to Le Castellet, the Belgian Audi Club Team WRT has gathered for a sports campus in the French Alps. It’s a perfect opportunity for the team’s drivers and key personnel to do physical exercice (mostly, biking), relax and be together. From Saint-Martin de Belleville, Team Principal Vincent Vosse looks at the Ricard weekend with moderate optimism: “It’s definitely an important race, as it is clearly a key endurance test ahead of Spa, while at the same time we have to defend and possibly improve our first positions in the championships.

It won’t be easy, as the Paul Ricard is notoriously not a track that suits well our cars. We have been successful there in the past, thanks to perfect strategy, but that won’t be enough on a long race if we are way off the front-runners’ pace. We will see, but we know that the new car will be penalized by the BoP. This said, we are determined to do our best, as always, and we have three very strong cars and line-ups in the Pro Cup. I am very happy also to welcome for the first time in our team such a great driver as Mike Rockenfeller.”

The 30-year-old German driver, a double winner at Le Mans 24 Hours and a former champion in DTM, LMS and FIA-GT series, is the big novelty for this race. “Rocky” will team up with Laurens Vanthoor and René Rast at the wheel of the new Audi R8 LMS. Audi Sport driver René Rast is, of course, not a new face in the Belgian squad, and joins straight from Le Mans, as does Laurens Vanthoor. The young Belgian has enjoyed fully his debut in the 24 Hours, at the wheel of an LMP2 car, despite the disappointment of a retirement one hour and a half from the chequered flag. “It was a terrific experience and I am happy of the pace I showed on a track new to me”, commented Laurens, “It’s just a pity that the gearbox broke close to the end, after we were in the top four of our category for most of the race.”

The presence of the new R8 LMS and of two Audi Sport drivers in the car #1 does not impact the line-up of car #3, entrusted to Stéphane Ortelli-Frank Stippler-Stéphane Richelmi as usual, with this being the home race for the two Monegasques, but has led to a new trio on car #2, which will host Robin Frijns and Jean-Karl Vernay, associated to another Audi Sport driver, Switzerland’s Nico Müller. As customary, Team WRT enters a fourth car, for the talented youngsters’ trio Bottemanne-Koebolt-Schothorst, in the Pro-Am category.

This longer race of the Blancpain Endurance Series will also have an unusual timing, as it will be held on the late afternoon and evening of Saturday, with lights off at 5 pm and chequered flag at 11 pm.

Round 3 at Circuit Paul Ricard: More than a dress rehearsal