A lap of Paul Ricard with Markus Palttala 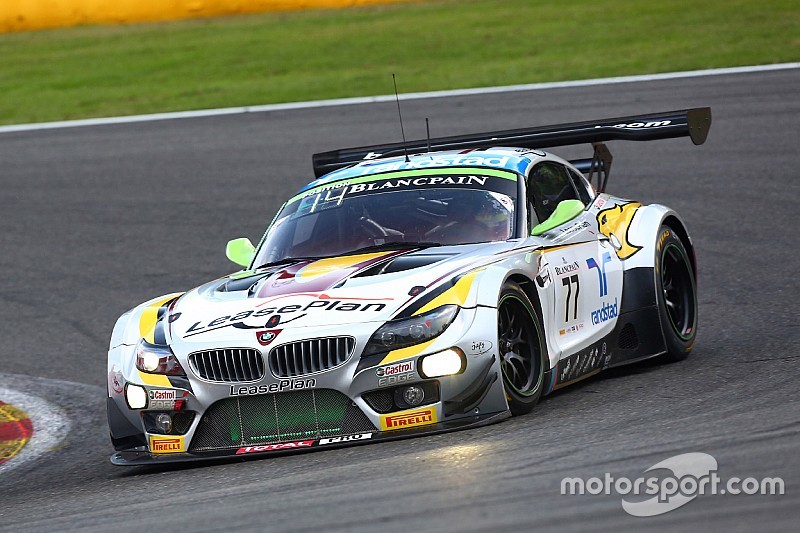 Lucas Luhr, Maxime Martin and Markus Palttala will drive the #46 BMW Z4 GT3 in the race.

We asked Palttala, no stranger to this part of the world, to talk through a lap of the French circuit.

“The track is a funny mix of being patient, with a lot of long radius turns, and pushing hard. There’s lots of run off, which can give you confidence to really go for it, but I’m not sure I like that so much – it takes away some of the challenge. It’s certainly a big contrast to the Nordschleife!

“There’s hard braking into the first turn – it’s pretty late. The entry into these first corners is quite fast, you carry a lot of speed and the car is quite nervous. You come out and then come over a crest, and the car gets light. You’ve got to get on the power early, and take some curb, but not too much or you can damage the floor.

It’ll be interesting to see where we stack up in this Blancpain grid, because it’s been extremely competitive in 2015 so far...

“Then we take a short straight, followed by a tight right, which flows into a long left. It’s kind of a weird corner. You carry some speed through the first part and then you don’t mind too much about your line into the left, you’re just carrying as much speed as possible. There are several lines, but the important part is L’Ecole, a pretty tight hairpin. You can use first gear, fight with the traction. This is important for the lap – you won’t perform any miracles but you can lose a lot of time.

“St. Beaume isn’t quite flat, it’s a lift in third gear. It’s a very important corner for the laptime. You can stay reasonably tight or run wide. If you have understeer, it’s a very long corner and you can kill the left front pretty hard. The following left is totally flat, so you need to be good through the right to have the best speed on the Mistral straight. It’s no secret the BMW isn’t the best on the straights, and we’ll lose a huge amount of time if we don’t get a supreme exit here. Even if we’re perfect, we’ll still lose ground along this massive straight.

“Though the straight isn’t brilliant for us, the following turns certainly are. Signes is the best corner on the circuit – and it’s pretty good on any circuit. You arrive at top speed, and carry more than 200km/h through. It’s tempting, with the nature of Paul Ricard, to use the run off on the outside, but again, like the exit of the first turns, you can damage the floor if you’re not careful.

“Beausset is a very, very long 3rd or 4th gear double-apex turn but it’s great for our car. You can stay really tight or go wide, and it’s an overtaking option in the BMW Z4 GT3. There’s a small dip on the second apex, which can cause some oversteer, you have to be wary for that.

“Bendor and L’Epingle are basically one turn, that tightens through. It’s pretty slow, you’re really relying on good mechanical grip and maximising your rolling speed. You’ve got to focus on the exit, the rear is always a little light and there’s a chance you could be jumped and lose a position through the next long right. Village isn’t really a corner, and it’s easy flat. It does make braking for ‘La Tour’ a little trickier than it could be, because you’re arriving in a turn.

“La Tour is a corner pretty typical to Paul Ricard, very similar to L’Epingle. You have to make sure that you stay tight, to get a good line into the final turn, which is pretty tight. The final turn is all about exit, about traction. It’s a tough corner, because it’s so tight, you always have understeer and you’re desperate to get on the power as early as possible. It’s a stop-and-go corner, and unless we’re very careful, we could lose out because the first turn is a very neat opportunity to overtake.

“Overall, the first half of the lap isn’t brilliant for our car, but from Signes until the finish line the BMW Z4 GT3 comes into its element. It’ll be interesting to see where we stack up in this Blancpain grid, because it’s been extremely competitive in 2015 so far.”

The race begins at 17:00 local time, running for six hours.