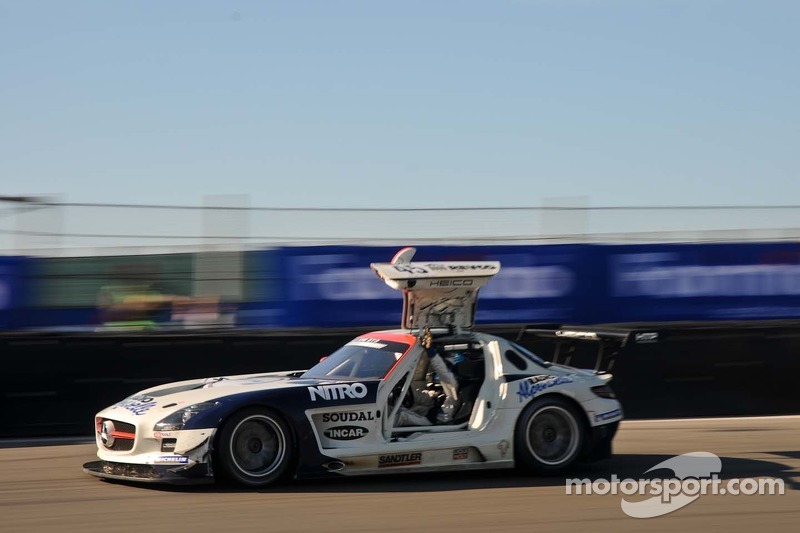 Affalterbach – AMG Customer Teams acting around the globe showed a high level of teamwork in the 2012 motorsports season. With 9 titles and 43 successes, the SLS AMG GT3 scored numerous impressive successes on four continents. 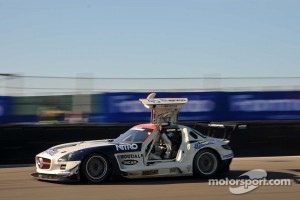 The driver duo Cleber Faria and Duda Rosa (both BRA) left its competitors behind in a fight that was commiting until the end and finally won with a lead of just one point compared with the second placed team.

Their team colleagues Vanuê Faria and Renan Guerra (both BRA) crossed the finish line sixth. The AMG Customer Team A.Mattheis Motorsport with Sérgio Jimenez and Paolo Bonifácio (both BRA) won the third position in the championship.

The further statistics of the 2012 motorsports year for AMG Customer Sports is impressive as well:


Ola Källenius, chairman of the board, Mercedes-AMG GmbH: “We have the right to be proud of the successful 2012 AMG Customer Sports season.

With 9 titles on the whole, including the winning of the World Championship, the European Championship and 43 successes we even outmatched the pleasing debut year of 2011.

My congratulations go to all AMG Customer Teams which achieved these successes with the SLS AMG GT3 in the highly competitive race series on four continents.”

Uli Fritz, head of AMG Customer Sports: “Winning the title in Brazil is an enormously welcome ending of an exceptionally successful season.

In the meantime, we have sold more than 50 units of the SLS AMG GT3, which has established itself by a constantly high performance and reliability in the international motorsports scene.

I want to thank everyone participating in our AMG Customer Sports Programme. It is everybody’s turn now to concentrate on the 2013 season, because four race version gullwing cars will be starting in the Dubai 24 Hours already in the beginning of January.”

The successes in the individual race series at a glance:

FIA GT3 European Championship: Maximilian Buhk (GER) and Dominik Baumann (AUT) from HEICO-Gravity Charouz secured the driver title in the penultimate race ahead of time. Their team colleagues Max Nilsson (SWE) and Mika Vähämäki (FIN) ended the FIA GT3 European Championship on the sixth position. Additionally, the AMG Customer Team succeeded in defending the team title it had already won in 2011. The Czech-German team won seven out of twelve races and thus showed a confident performance during the season.

ADAC GT Masters (Germany): With their victory in the commanding final race on Hockenheimring, Sebastian Asch and Maximilian Götz (both GER) won the driver title. The driver duo of kfzteile24 MS RACING Team was the most constant team of the entire season, winning eight podium positions and achieving the pole position two times. At the same time, in the last race of the season, the team achieved the first victory of a Mercedes-Benz SLS AMG GT3 in the highly competitive ADAC GT Masters 2012. The sister car with Daniel Dobitsch and Florian Stoll (both GER) won the 22nd position in the championship.

Super Taikyu Series (Japan): Championship title for PETRONAS Syntium Team with the drivers Nobuteru Taniguchi and Dominic Ang (both JPN). Six class and overall successes each, six pole positions and 13 top ten positions confirm the good performance of the Japanese customer team. For the dominant team of the Japanese race series, this year’s winning the title was the fifth in a row. Australian GT Championship: Winning of the runner-up spot for Peter Hackett (AUS) from Erebus Racing. With three victories and six further podium positions, Hackett was the best driver of a SLS AMG GT3 in the Australian GT Championship. His team colleague James Brock ended the season on the ninth position.

Super GT (Japan): Haruki Kurosawa, Hironori Takeuchi (both JPN) from the team GREEN TEC & LEON with Shift ended the races five times among the top ten and once on the second position.

AMG Customer Teams’ representatives from all over the world met at the big end of season party of the AMG Customer Sports Programme.

Some 150 guests followed the invitation to Affalterbach in order to review the achievements of the 2012 season. After the official salutation by Ola Källenius, chairman of the board of Mercedes-AMG GmbH, the most successful teams of 2012 were honoured: from the award for the “Best Looking Car“ (Premium Motorsport Poland) to the awards for the championship titles in various race series.

The presenters, among them five-time DTM Champion Bernd Schneider, repeatedly underlined their high respect for the Customer Teams’ achievements. The winners of all nine categories at a glance:

As already in the 2012 season, AMG Customer Teams can also be strengthened through professional pilots from the AMG driver pool.

Apart from Bernd Schneider, Thomas Jäger and Maro Engel, Lance David Arnold is from now on also part of the fast troop of Mercedes-AMG.

The 26-year-old is another compassionate racer with gullwing car experience and endurance know-how who will assist the teams on request.

The newest success of the driver originating from Duisburg, Germany, was the third rank in this year’s 24 Hours race at Nürburgring for the AMG Customer Team HANKOOK Team HEICO Motorsport.

To participators of the AMG Driving Academy, Arnold is furthermore known as instructor.

Lance David Arnold: “Being part of the AMG driver pool is a great honour for me. A group, which one of my big role models in sports is also part of - the five-time DTM champion Bernd Schneider.

I am already looking forward to my operations, in which I want to provide the customer teams not only with driving but also with technical knowledge in order to optimally develop the individual SLS AMG GT3 vehicles adjusted to the individual requirements of the respective teams.”

Uli Fritz: “I am very pleased about Lance David Arnold joining the AMG driver pool from now on. I am sure that his great know-how will be very helpful to our AMG Customer Teams.

Due to his operations in the AMG Driving Academy, he has been part of the Mercedes-AMG family for quite some time.“