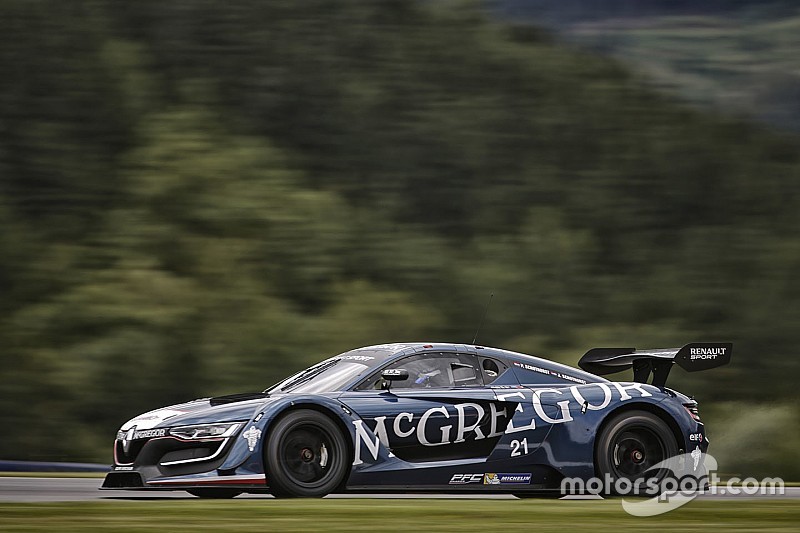 Pieter Schothorst took his first Renault Sport Trophy victory of the season after overtaking Markus Palttala in the Pro race at Spielberg.

Despite falling behind fellow front row starter Palttala after the getaway, Schothorst fought back by making a move after a safety car stint, which neutralised the first half of the race.

The safety car was caused by a four-car incident on the opening lap after Turn 1.

The V8 Racing car of Duncan Huisman was sandwiched by Raoul Owens and Diego Mejia and eventually turned the latter into the former.

Owens in turn spun Dario Capitanio around, the Italian then crashing into Huisman.

On the restart lap, Palttala lost the lead to Schothorst and the latter went unchallenged for the rest of the race.

Palttala took second, with Bruno Bonifacio keeping up in third.

The Brazilian, who was forced to retire in yesterday's Endurance race with a mechanical problem, passed Nicky Pastorelli after the safety car.

Pastorelli struggled for grip after the back cover of his car flew off and he had to retire in the pits after a spin.

David Fumanelli put him under pressure at the time of his spin and, in order to avoid the turning car, the Italian slowed up.

He was attacked by Roy Geerts as a result and despite contact and a small excursion on the grass, the Equipe Verschuur entrant took over in fourth.

However, he failed to turn in at the penultimate corner of the same lap and had to retire.

UPDATE: Bonifacio was disqualified after his gearbox was found to be non-conforming with the regulations.