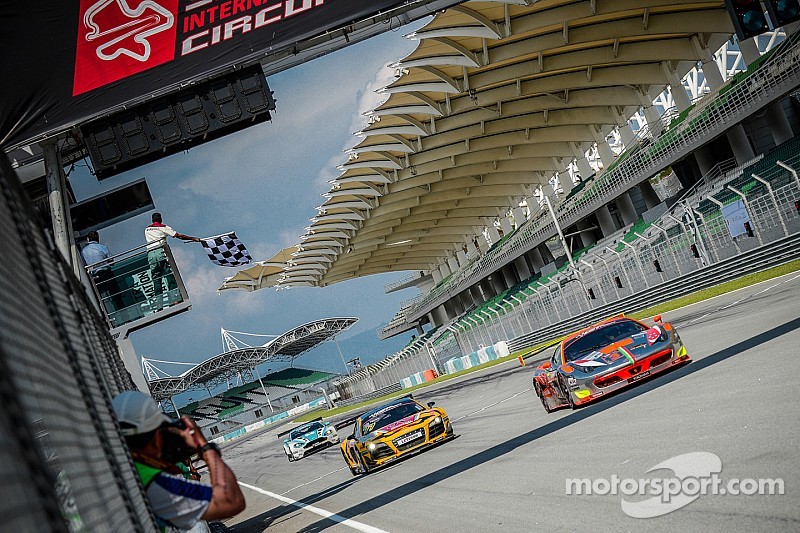 Categories for GT3, GTC, GT4/Sport Production, Touring Production are set to be confirmed shortly along with an invitational class.

The GT3 cars are set to include FIA Homologated GT3 cars and National G3 homologations, as well as JAF GT300 and Super Taikyu STX spec racers. The GT3 class will race to a three podium structure with Overall, Pro Am & AM awards.

The GTC class will be made up of cars from single-make series, such as the Lamborghini Super Trofeo, Ferrari Challenge and Audi R8 LMS Cup.

The Sport Production category will be for non-FIA homologated Sports car 1900cc.

Motorsport.com can also reveal that the race format for drivers at the Sepang 12 Hours will be as follows:

Bronze Drivers have a minimum drive time of 2 hours, 1 hour if split between two bronze in the same car. All drivers entered must be graded.

The Sepang 12 Hours will be final major endurance race of the season and is scheduled for 13th December.