Palmer closes Monterey weekend with domination in the second race 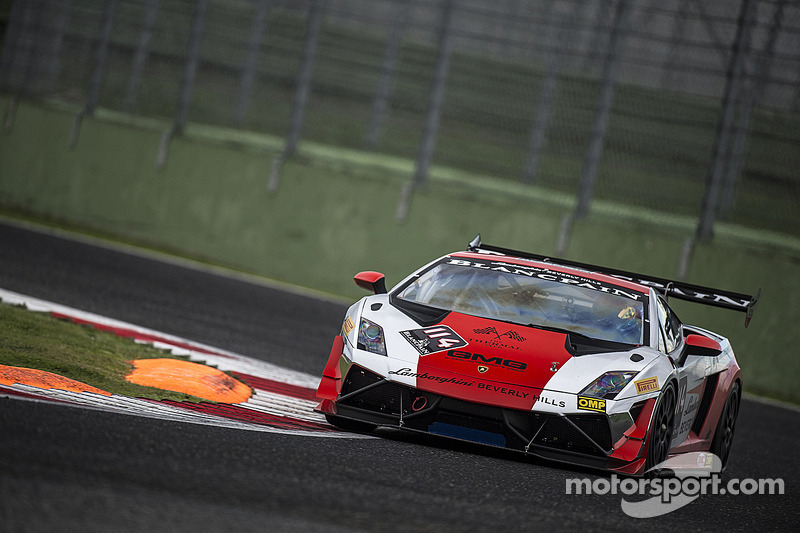 “I couldn’t be happier with the way the weekend turned out,” stated the Pomona College student. “This whole team worked so hard to make sure everything was perfect all weekend, and they delivered. It’s a great series and an awesome car to drive, I’m happy I was able to deliver such a fantastic series of results. Thanks to everyone at O’Gara Motorsports and Lamborghini Beverly Hills for a great experience, they’ve played a huge role in my development to get to this point.”

Starting from pole position on the basis of the previous day’s race, Palmer’s run in the No. 14 Lamborghini Gallardo LP 570-4 was fairly quiet. Often times setting laps over a second quicker than the rest of the field, Andrew simply took to the green flag in the lead, and never looked back.

Driving the No. 88 Lamborghini Vancouver machine, Ryan Ockey looked set to continue his form from the previous day’s race. After a strong qualifying effort put the Canadian on front row for Saturday’s race, a minor incident would force the driver to spend much of his first event climbing back up en route to a podium. During Race Two, a strong, consistent run would highlight the event for Ryan, who would once again take his second straight podium with third in the sportsman category.

“It was fun coming out and trying this series,” stated Ockey, whose brother Damon took victory in the same vehicle at Sebring. “We had a strong car all race and it was fun being able to drive a car like this around Laguna Seca. The racing was fun, and it’s awesome to be part of such a big event with IMSA and the TUDOR series.”

Unfortunately, Tom O’Gara was unable to compete in Sunday’s race due to damage sustained from an incident on Saturday. While O’Gara was unhurt in the incident, the disappointment in not racing was lightened by the performance of his young teammate.

“It’s disappointing to make all the effort to come out and race and have it all end like this, but that is the sport,” stated O’Gara. “Luckily, Andrew did a remarkable job all weekend, and he represented our brand incredibly well. We’re really making the effort to develop and cultivate people looking to get in and learn, and you couldn’t have a better example than with Andrew.”

For GMG’s James Sofronas, a number of highlights could be attributed to the weekend.

“Andrew continues to impress even further,” stated Sofronas. “It’s remarkable that someone so young, who’d never raced a car eight months ago, can achieve all the things he has in such a short time. I’m also glad Ryan was able to get a sense of the racing here this weekend, he really showed a lot of potential in his lap times, and for a while I thought we had an overall 1-2 the way things were going. It’s heartbreaking to see things unfold the way they did for Tom, but I’m glad he took it in such good spirits. We’re looking forward to Watkins Glen, it should be a great event.”

Continuing the series’ schedule of running at the finest circuits in North America, the next event will actually not be until the end of June, racing at the famed Watkins Glen International. Competing as part of the historic Six Hours at the Glen weekend, the series will hit the track on June 27-29.