Newey to drive a Ferrari in French GP support race 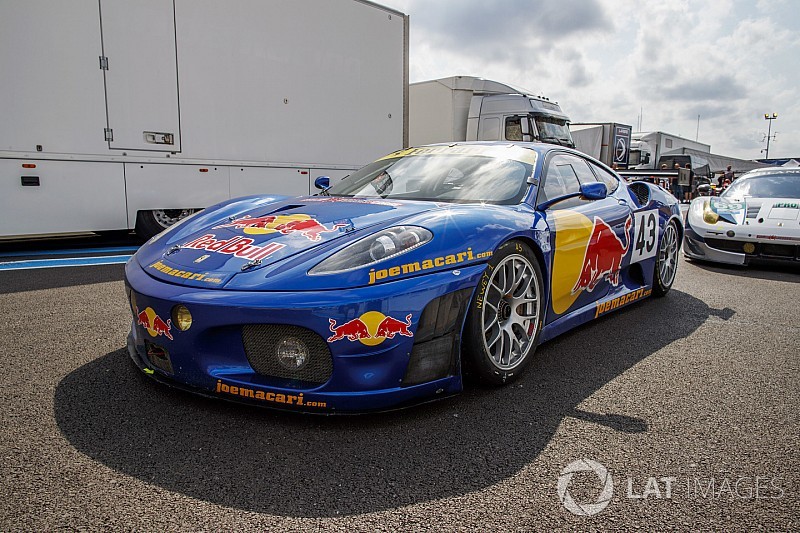 Newey, 59, is racing the Ferrari 430 GTC which he shared at Le Mans in 2007 with Ben Aucott and Joe Macari, which they used to finish fifth in the LMGT2 class.

The design guru is racing the car in the Masters Endurance Legends series, which is new for 2018 and features cars eligible to compete in the Le Mans 24 Hours or any of its "feeder series" from 1995-2012, including IMSA and the World Endurance Championship.

"It's really nice to be back driving it again after all these years," said Newey after qualifying the car 11th overall of 26 entries, and third in the GT division.

"It's the car I raced with friends at Le Mans in 2007, and then we did the Dubai 24 Hour races and some six hour races in Italy.

"I've never raced at the track before. It's a nice track actually, it takes a bit of learning.

"Initially it's difficult because it's so open to get your frame of reference, but once you learn that, it's good."

On the entry list, Newey had been down to share with his son Harrison, who competed in LMP2 at Le Mans recently.

"I think once he saw how much time you get in the car, it doesn't make sense to share," added Newey, as the series has reduced track time allied to its role supporting Formula 1, Formula 2 and GP3 at this event.

"I think the other races in this series are 50 minutes and then you can share the car properly."

Among the other cars at the event are a Courage LC75, a Lola Lotus LMP2 Coupe, a Dodge Viper and an OAK Morgan Pescarolo 01 driven by United Autosports boss Richard Dean.

In qualifying, prototype regular Alex Kapadia put his ORECA-Nissan 03 LMP2 on pole despite a fuel pick-up problem. He won both races at Imola at the start of the season before being beaten by one of the series Peugeot 908 DPis at Brands Hatch last time out.

"Compared to the LMP3 at Le Mans last week were you strip all the aero off, to here and bolting the aero on, it's insane," added Kapadia.

"The track has a really high-grip surface and F1 has laid down a load of rubber, so we're even later on the brakes."

Michael Frey in a similar car took second, ahead of a 908 driven by Kriton Lendoudis.