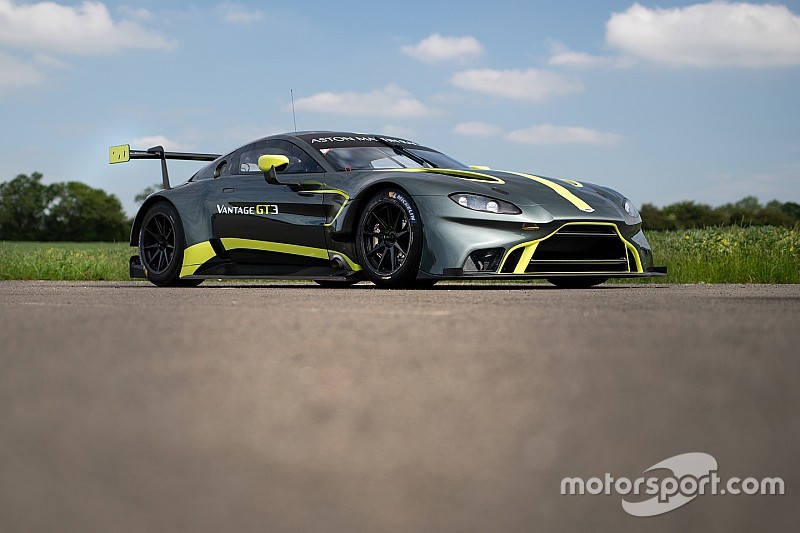 The 2019 Vantage GT3 announced last month will take part in the Aston Martin Racing Festival race on Saturday morning ahead of the start of the FIA World Endurance Championship blue riband round.

The first Vantage GT3, a development car still seven months away from homologation, will be raced in the 45-minute event by Aston Martin test and reserve driver Ross Gunn.

The event is being used as a launch for the car in front of prospective purchasers competing in the Festival race.

The car was given a shakedown ahead of its race debut at the Turweston aerodrome by Gunn at the back end of last week.

AMR president David King said: "We’ve already seen a high level of interest from potential customers and we only expect that to grow as the car evolves closer to its homologation date."

The new GT4-spec Vantage is also making its public debut at Le Mans this weekend and is on display in the AMR Festival paddock.

Newey to drive a Ferrari in French GP support race