Most competitive field on record for 2015 GT Asia Series opener 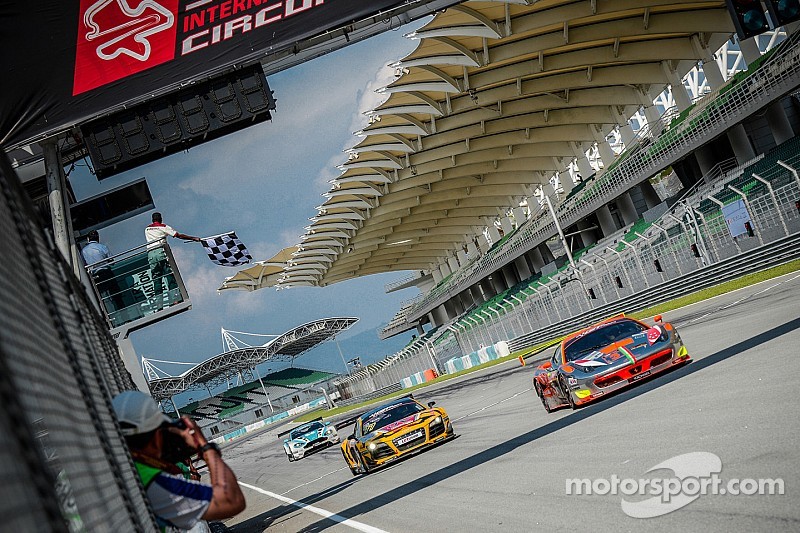 The 2015 GT Asia Series promises to provide another memorable season.

After an outstanding season which saw the 2014 title decided after a lengthy battle between a two-time champion and a series rookie, the 2015 GT Asia Series promises to provide another memorable season, with some impressive international entries committed to the 11-round championship.

As it did 12-months ago, the season will begin in South Korea at the impressive 5.615-kilometre Korea International Circuit [KIC], the venue designed by Hermann Tilke for the 2000 Korean Formula One Grand Prix and used by the world’s best drivers across the following four years.

Last year, few of the GT Asia Series entrants had ever seen KIC, much less competed on the testing 18-turn layout, and it certainly delivered a twist in the 2014 championship, with series rookies Anthony Liu and Davide Rizzo claiming back-to-back victories in the two 60-minute races, laying a foundation from which Liu challenged for the title all the way to the final race in Macau.

Liu and Rizzo are back for 2015, with a full season of data behind them, and the Ferrari pairing might just be the ones to chase again in Korea, but their rivals will be ready.

Team-mate and 2014 ‘rookie-of-the-year’ Richie Wee will also have solid support, with Craig Baird and Matt Griffin assisting him throughout the season with their two Ferrari 458s once more supported by Ferrari Corse Clienti.

Whilst Clearwater and long-time GT Asia Series title rivals Craft-Bamboo Racing - with Richard Lyons returning to join Frank Yu and former Macau GT Cup winner Darryl O’Young driving with rising star Jonathan Venter - will be outright contenders, it will be the two new teams and their star drivers who may prove their biggest challengers.

Last year NB Team’s Andrea Caldarelli was the pace-setter at KIC, putting his new Aston Martin on pole, however this year, Caldarelli is part of a three-car factory supported McLaren team - FFF Racing Team by ACM, the Italian sharing the driving once more with China’s Songyang (Sean) Fu. They will be joined by their 2014 team-mates Jiang (Kane) Xin and Max Wiser, and former Clearwater Racing race-winner Hiroshi Hamaguchi, the Japanese driver joined by former Formula 1 driver Vitantonio Liuzzi for 2015.

Adding to the weight of English-backed factory teams will be the three car Absolute Team Bentley operation. Former Audi race winners Jeffrey Lee and Jacky Yeung - the reigning GTM class champion - have moved across to the thundering big Bentley Continental, with support from some well credentialed partners.

Shanghai GT Asia Series star Jean-Karl Vernay will return to the Absolute team to drive alongside Fuji winner Jeffrey Lee, whilst Bentley factory driver Simon Kane is expected to drive alongside Yeung, although due to a date clash, he will be replaced in Korea by 2011 Superleague Formula runner-up and former Bentley M-Sport driver Duncan Tappy.

Whilst the two international Bentley stars will ensure the impressive new twin-turbo V8 machines will be a contender, much of the local focus will be on their third entry, campaigned by multiple GT Asia Series race winner Keita Sawa and former Audi R8 LMS Cup winner, and new Lotus F1 Development Driver, Adderly Fong.

Add to the list the Malaysian OD Racing Lamborghini Gallardo of former Lotus F1-tester Fairuz Fauzy and car-owner Zen Low, former champion Dilantha Malagamuwa and Thailand’s Piti Bhirom Bhakdi, who will return for a full campaign in a new Singha Motorsport Ferrari 458 that he will share with the experienced Carlo Van Dam. Van Dam is committed elsewhere for the opening event, with Japanese SuperGT regular Naoki Yokomizo stepping in to sub for the opening round.

The final entry from the GT3 category is part of a new two-car Japanese operation, Gulf Racing JP, with Shota Hanaoka and Kimihiro Yashiro sharing the driving duties in a Porsche GT3-R recently acquired from Belgium.

Choosing a winner from this illustrious list of teams will be difficult, especially given the relative lack of experience some teams have with the Korean circuit, but expect that the race wins will be hotly contested, with any number of possible outright combinations.

As for the GTM category, with dual GTM class champion Jacky Yeung progressing to the outright GT3 class and 2014 title rivals Taiwan Top Speed Racing missing the opening round due to commitments at home, the battle for class honours could be waged between 2014 back-to-back South Korean race winner Takuma Aoki, the new Gulf Racing JP team of Keiichi Mori and Hiasahi Kunie in their Porsche 991 GT3 Cup car and Hong Kong’s Jerry Wang in an Absolute Racing Audi R8 LMS.