McLaren is developing a new GT3 racer based on its latest 720S sportscar in-house for 2019.

The 720S GT3 built by McLaren Motorsport will replace the 650S developed by the CRS organisation that traded under the McLaren GT name.

McLaren Automotive boss Mike Flewitt said: "It was vital we remained in GT3 — motorsport is part and parcel of what McLaren is and what our customers see as the brand.

"A few years ago we were only talking about Europe, but GT3 is growing around the world, and that suits us down to the ground because we a global company selling cars in 30 different countries.

"We wanted more and more of the business under our control and we are now at a point where we can take development of the GT3 car under our management."

The plan is for the new GT3 car, which is powered by a development of the four-litre twin-turbo V8 used in the 650S GT3 and the previous MP4-12C GT3, to be unveiled next summer.

That will lead into a development programme over the second half of the season, which will include some racing before the first deliveries to customers begin in December 2018.

Longtime McLaren factory driver Rob Bell has now been contracted by McLaren Motorsport and will lead development of the car.

McLaren Automotive's motorsport arm is expanding to handle the GT3 programme, as well as a number of other projects.

It is currently establishing a new base two miles from the home of the Formula 1 team and the sportscar production line at the McLaren Technology Centre.

McLaren's contract with CRS finishes at the end of this year and no new 650S GT3s will be built, but the company run by Andrew Kirkaldy will be able to continue to provide service support with customers running the cars.

The Garage 59 McLaren factory squad that won the Blancpain GT Series Endurance Cup in 2016 will return to the championship next year.

It will field multiple entries in both the Endurance and Sprint Cup segments of the Blancpain GT Series in 2018 after a season running a pair of GT3 cars in International GT Open and two 570S GT4s in the British GT Championship.

It is aiming to enter a pair of McLaren 650S GT3s in the pro class and one in the pro-am division in what will be the final season for the car before it is replaced by the 720S.

The return of Garage 59 to the Blancpain GT Series follows the defection of its representative in the series last year, Strakka Racing, to Mercedes for 2018. 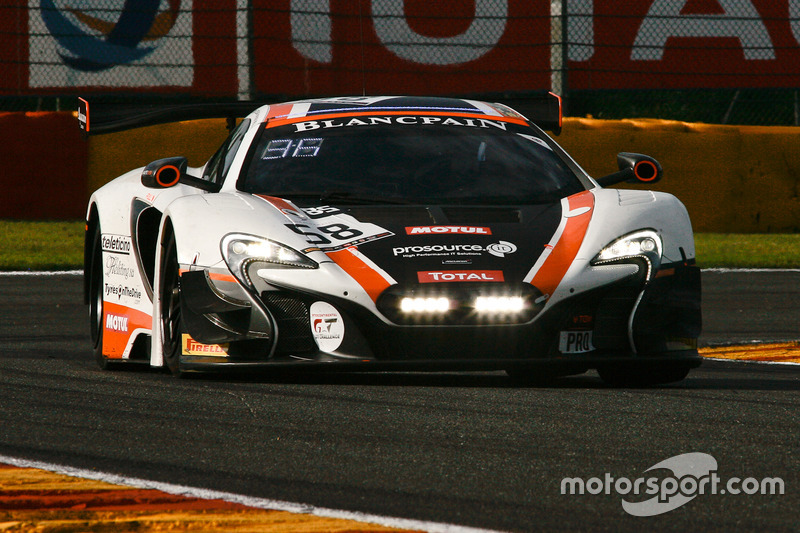