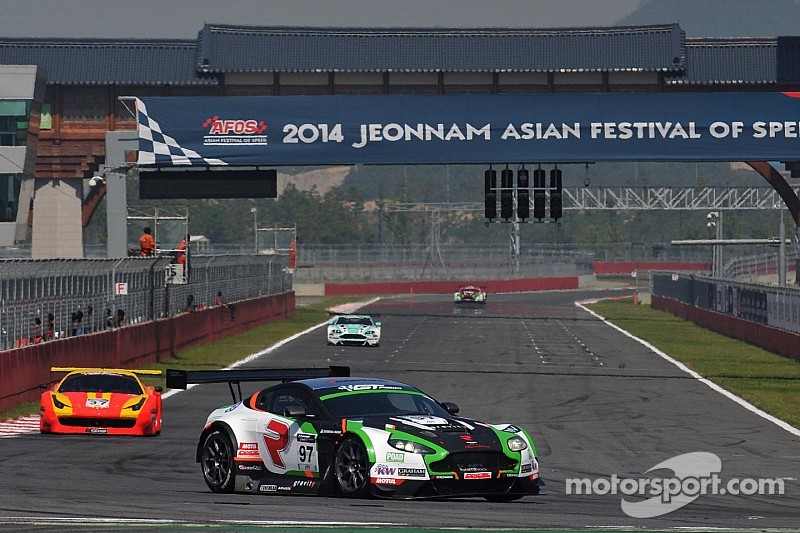 The GT Asia Series and Sepang

An impressive 28-car field is entered for the fourth event on the 2014 GT Asia Series calendar as the championship returns to the Sepang International Circuit in Malaysia for the first of two events at the Hermann Tilke designed 5.543-kilometre Formula One venue.

12-months ago the event was dominated by Thailand’s Pasin Lathouras in an AF Corse-run Ferrari 458, an advantage for the Italian marque that local hero Mok Weng Sun’s Clearwater Racing is hoping to enjoy in their battle for championship honours.

The one team though that Ferrari-mounted Weng Sun and co-driver Keita Sawa will be fighting for those honours, is that of Clearwater Racing team-mates Rob Bell and 2012 Sepang race winner Hiroshi Hamaguchi, who currently lead them by 15 points in the championship. Weng Sun is no stranger to his ‘home’ circuit, having won the prestigious Sepang 12-Hour, 12-months ago - in his Ferrari.

Unfortunately for the two-time champion, his luck wasn’t quite as good at the Sepang GT Asia round 12-months ago, where he failed to finish on the podium unlike long-time rival Frank You (Craft-Bamboo Racing Aston Martin) - who is also equal with him on points. Last year Yu, with then-partner Darryl O’Young finished on the podium twice. This year however Yu will be supported again by factory Aston Martin pilot Stefan Mucke forming a formidable team and one which has outright potential this weekend.

Throw in Fuji race winner Jeffrey Lee - who will again be partnered by Audi factory favourite Christopher Mies - the AF Corse-run Ferraris of Davide Rizzo/Anthony Liu and Rui Aguas/Nasrat Muzayyin, and the NB Team Aston Martin of Max Wiser/Kane Jiang, and you have a serious race on your hands.

As for the factory Nissan outfit of Motoyoshi Yoshida/Tetsuya Tanaka, keep a close eye on them - and the Thailand Porsche GT3-R entry of Piti Bhirombhakdi/Vutthikorn Inthrapuvasak (Singha AAS Porsche 997 GT3-R), they have been to Sepang before, and both were quick in the rain at Fuji, and with inclement weather expected across the weekend, they could be two of the ‘wild cards’ to watch.

GTM will again be strongly represented with 11-entries, title rivals Thomas Fjordbach and George Chou will be reunited once more in the lead Taiwan Top Speed Racing Ferrari 458 Challenge after they competed in separate entries in Fuji.

They will have their work cut out for them in Sepang, with the onslaught of Carrera Cup regulars and 2013 title combatants Wayne Shen and Francis Tjia entered, the pair - like fellow GTM entrant John  Shen - all doing ‘double-duty’ in Sepang with their commitments to the Carrera Cup Asia series, something which could provide them an advantage across the weekend.

The GT Asia Series and Sepang

The GT Asia Series has made regular visits to the Sepang International Circuit over the years. 12-months ago Darryl O’Young (Craft Racing Aston Martin) and Li Zhi Cong (Porsche GT3-R) top qualified for the two one-hour races, but both were won by Pasin Lathouras in the AF Corse Ferrari 458, Cong and O’Young/Frank Yu sharing the podium in race one, and Jeffrey Lee/Marchy Lee and O’Young/Yu on the podium in race two.