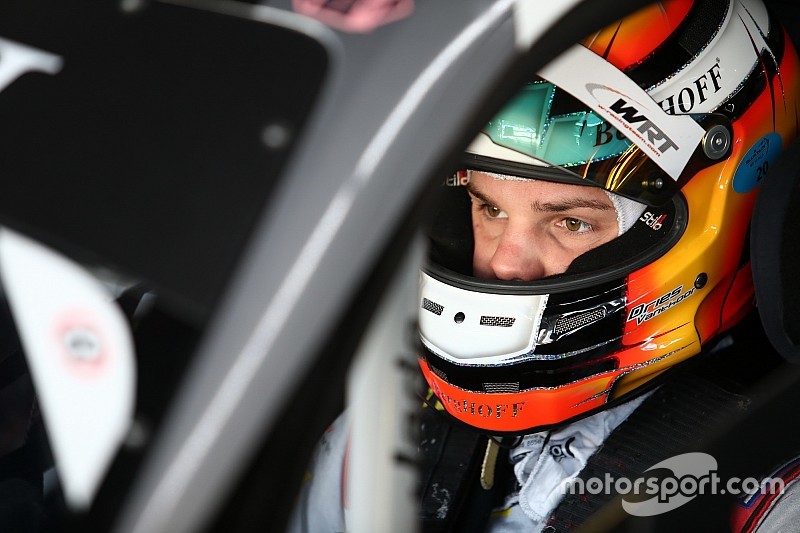 Dries Vanthoor has emulated his brother Laurens by becoming an Audi factory driver.

The 19-year-old Belgian, who has raced Audi GT3 machinery for the past two years, has been named as one of two newcomers on the German manufacturer's GT driver roster for 2018, along with countryman Frederic Vervisch.

Vanthoor follows in the footsteps of his elder brother, who was on the books at Audi prior to his departure for Porsche at the start of 2017.

The younger of the Vanthoor brothers joins the factory set-up after a successful season with the WRT Audi team that yielded a pair of victories in the Blancpain GT Series Sprint Cup together with Marcel Fassler.

Three-time Le Mans winner Fassler is not officially part of Audi’s GT roster, despite being placed with WRT for the Blancain GT Series in 2017.

Vanthoor, who switched to GT racing after a single season of Formula Renault, also took GTE Am class honours on his Le Mans 24 Hours debut, sharing the JMW Ferrari 488 GTE together with Will Stevens and Rob Smith.

Vervisch, the 2008 German F3 Cup champion, has also been a regular in the Audi R8 LMS over the past three seasons.

American Connor de Phillippi, who won last year's Nurburgring 24 Hours with the Land Audi team, has left to join BMW and will be part of its RLL-run IMSA WeatherTech SportsCar Championship campaign.

Audi has yet to announce individual programmes for its GT drivers.

It has committed to defend its Intercontinental GT Challenge drivers' and manufacturers' crowns, as well as supporting teams in the 24-hour enduros at Spa and at the Nurburgring.