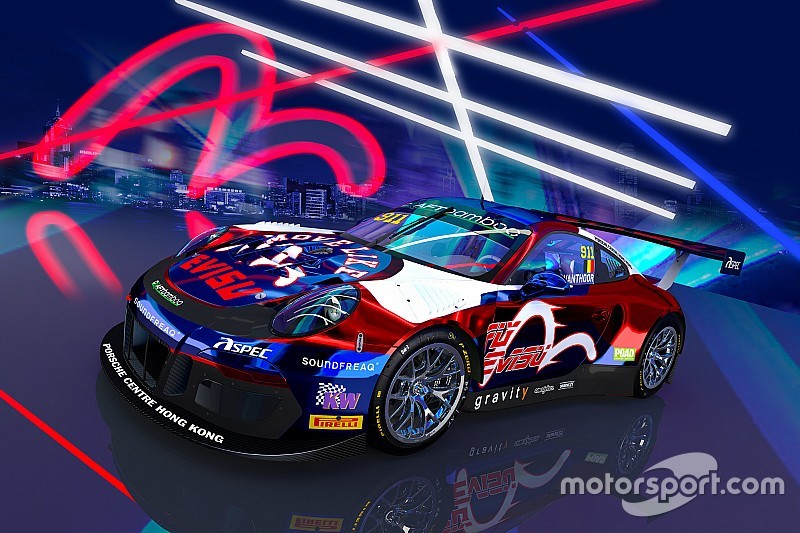 Craft-Bamboo’s intention is to be fighting for overall victory with drivers, Laurens Vanthoor and Darryl O’Young, both former Macau winners

Craft-Bamboo Racing is set to conquer the FIA GT World Cup in Macau this weekend with their two Porsche 911 GT3 Rs. Backed by two former Macau winners, Craft-Bamboo’s intention is to be fighting for overall victory with drivers, Laurens Vanthoor and Darryl O’Young, in the hopes of claiming the pinnacle GT title of the year.

After taking the title in 2016, Vanthoor returns to the streets of Macau in search of a second victory, this time in his #911 EVISU Porsche 911 GT3 R. Since becoming a Porsche factory driver in 2017, it will be Vanthoor’s first outing in a Porsche at Macau, but it should be no trouble for the former champion, having raced at the famous street circuit on six occasions, scoring a win in the GT class and a second-place podium in Formula 3.

Clearly a talented multidisciplinary driver, Vanthoor will step into the EVISU Porsche for the first time on Thursday and begin to get to grips with the narrow 19-turn street circuit, and after having competed in the 911 GT3 R on multiple occasions throughout the year, the Belgian GT ace will undoubtedly be quick to find the car’s limits as he begins his FIA GT World Cup challenge with Craft-Bamboo Racing.

Returning to Macau for the 14th consecutive year, O’Young and his VLT Porsche are on the hunt for FIA GT World Cup glory. After returning to the Porsche brand in 2016, O’Young suffered bad luck during the qualification race and was forced out with contact damage from behind. The Hong Kong driver is determined to bounce back this year and put the #991 VLT Porsche on the top step of the podium.

Now with two seasons of experience in the 911 Porsche GT3 R under his belt and coming off the recent success of taking Porsche’s first win in the Blancpain GT Series Asia, O’Young is more prepared than ever to take the fight to the world’s best GT drivers and come out on top. Thanks to Craft-Bamboo Racing’s continued development of the Porsche since the beginning of 2016, the Porsche 911 GT3 R is now primed to battle it out on the 6.2km historic street circuit and with O’Young’s masterful guidance to steer the VLT Porsche, the #991 will be one to watch out for from the get go on Thursday.

Richard Coleman, CEO of Craft-Bamboo Racing: “For Craft-Bamboo it doesn’t get much bigger than the Macau Grand Prix. The whole team has been working very hard and has been very much looking forward to this race. We have been coming to Macau now in one guise or another for a very long time and we know that success depends on beating the event as much as it does beating your competitors. It will be a hard-fought race with such quality in the field but I feel we are ready for the challenge.”

Laurens Vanthoor, #911 EVISU Porsche 911 GT3 RL: “I have arrived in Macau and the excitement is building up. The entry-list is impressive but nothing that neither myself nor the team haven’t conquered before. I feel confident, even if a lot of things will be new. I’m here to win”

Darryl O’Young, #991 VLT Porsche 911 GT3 R: “Macau is always a special race for me and it is the most important race of the year. This year is one of the greatest challenges as the entry list of teams and drivers in the World Cup is first class. The key will be to block out any distractions during the race weekend and focus purely on maximizing the car around the challenging Guia circuit. Craft-Bamboo Racing is very prepared and our Porsche 911 GT3 R feels great, so I feel very confident going into the weekend.”