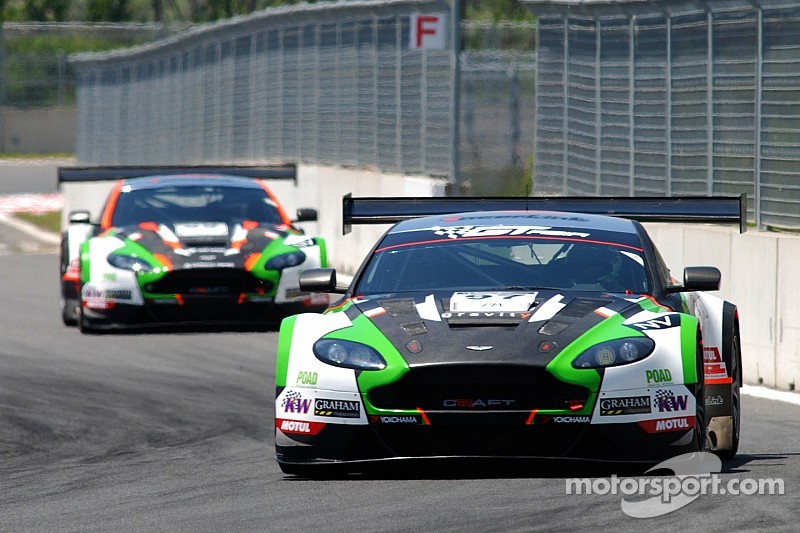 Rounds nine and ten of the GT Asia Series.

Craft-Bamboo Racing returns to the Sepang International Circuit with the aim of climbing back into the championship lead. Their sights are set firmly on the top step of the podium for rounds nine and ten of the GT Asia Series on September 12-14, 2014.

Frank Yu (HKG) and Stefan Mücke (DEU) will once again pair up to take on Sepang in the #97 Aston Martin Vantage V12 GT3, with the Aussie duo of Daniel Bilski and Jonathan Venter back in the #99 entry hoping to start where they left off in August.  All four drivers are now well versed with the car and the circuit, and are all excited for a great weekend ahead.

The team is more motivated than ever after just missing out on the Sepang 12hr podium less than two weeks ago.

Last time out, it was a weekend of mixed results for the team at the 5.54km circuit when Yu and Mücke claimed one win in round seven whilst receiving a 30-second time penalty in round eight. Meanwhile their teammates Venter and Bilski suffered some technical problems in round seven leaving them to finish the race in seventeenth, but they made up for it in round eight with a strong performance that saw them finishing sixth at the flag.

The team not only had to battle fierce on-track rivals, but they also had to contend with unpredictable weather which marred the qualifying session and the start of the first race. This time, weather will once again play a part as rain is predicted throughout the week.

The championship fight is still strong for Craft-Bamboo Racing as the series enters the final five rounds of the 2014 season. The team currently lies second in the Team Championship points table whilst Yu is the team’s highest placed driver in a joint fifth of the Driver’s Championship.

Says Russell Eeles, Craft-Bamboo Racing’s GT Asia project manager, “The team is more motivated than ever after just missing out on the Sepang 12hr podium less than two weeks ago. I believe both the #97 and #99 are due some strong results and Craft-Bamboo Racing will give our 100% to provide the drivers with a winning car. The BOP hasn’t been in favour of the Aston Martin this season, but despite that, we have minimised mistakes and used our sheer determination to keep us in the championship hunt.”

Two practice sessions are scheduled for Friday 12th September at 12.15pm and 4.30pm (local time). Qualifying is scheduled at 10.20am for driver 1 and 10.45am for driver 2, whilst the one-hour race one (round 9) is scheduled at 3.45pm on Saturday September 13, with race two (round 10) held on Sunday September 14 at 12.20pm. Following Sepang, the GT Asia Series will resume at the Shanghai International Circuit for the penultimate race weekend on October 10-12.