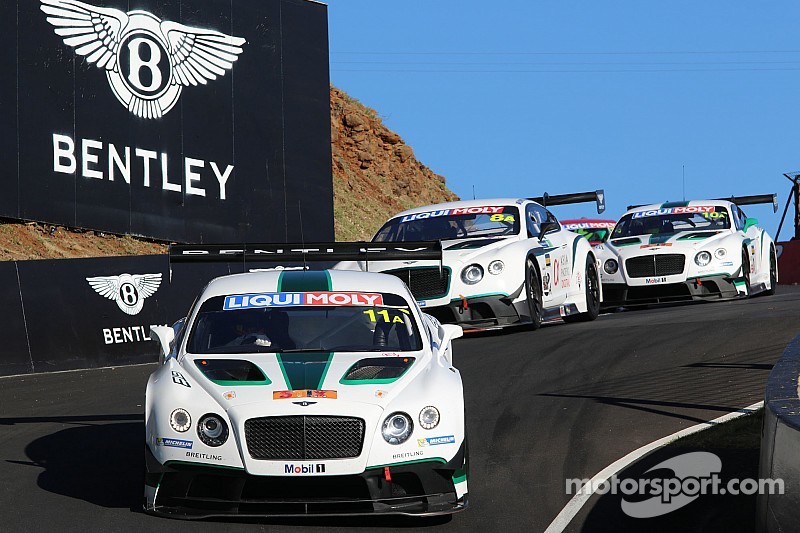 Altendiez, Germany - The Bentley Team HTP starts with a strong driver line up of young talents and experienced professionals into its debut season with the Bentley Continental GT3. For the extensive program in ADAC GT Masters, Blancpain GT Series and the 24 hours Nürburgring, HTP Motorsport has already contracted nine drivers.

HTP Motorsports focus has always been the work with young talents and it continues this path into the new era with Bentley.

Maximilian Buhk (22, Germany) remains with the team for his fourth consecutive season. After three highly successful years in GT racing, Buhk has been contracted by Bentley Motors for the 2015 season.

Additional drivers for the pan-European program of Bentley Team HTP and the detailed driver combinations and designations are confirmed at a later date.

Bentley Team HTP starts into its new challenges from a new headquarter located in Altendiez near Limburg, northwest of Frankfurt. Since January, HTP Motorsport performs his motorsport activities out of the new shop, which provides optimal working conditions for the team.

For the first season with Bentley, HTP Motorsport has strengthened the team with the addition of new staff. New team members will support the otherwise unchanged team. Renaud Dufour continues with the engineering team, while Gerhard Ungar recently joined the HTP Motorsport team.

"We start with a strong driver line up and a good mix of young talents and experienced pros into our first season with Bentley”, Norbert Brückner, team principal of Bentley Team HTP says. "Young talents have always been a integral part of the team, therefore we have created our signature "Bentley Junior Team“. The performance of our Bentley Continental GT3 was promising in the first pre season tests and with this driver line up, we are well prepared for the season."