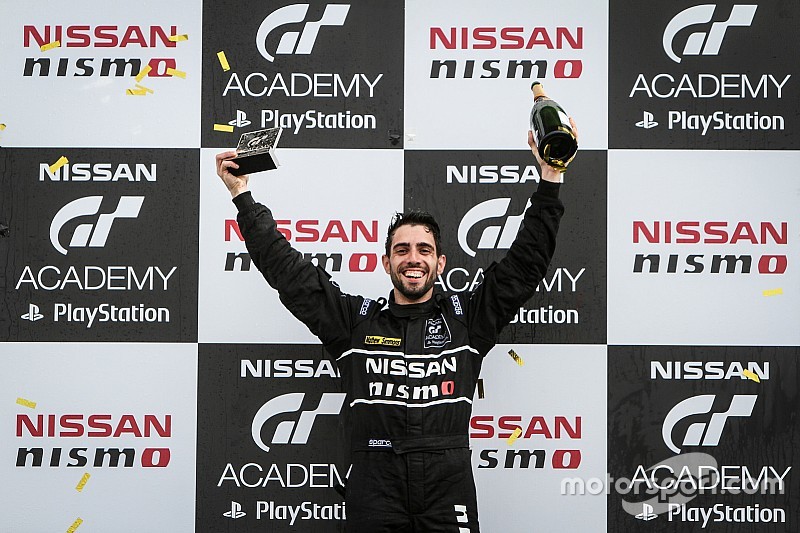 Simmons, 26, had to do it the hard way, with a mechanical problem costing him a shot of victory in last night’s eight-lap final race.

But despite not winning the final, Simmons was awarded the top prize of a NISMO contract thanks to his performances across the week-long Race Camp at Silverstone in the UK.

That means Simmons is now a professional Nissan-backed driver, and will compete for the brand at the Dubai 24 Hours in 2016.

“I genuinely can’t believe it; I’m on top of the world,” he said.

The wait on the podium was killing me but when [judge] Rob [Barff] said my name I had to do a double take. I can’t believe he said it, and I’m now a racing driver!

“My journey has been massive in the last 18 months to here, I’ve had so many people supporting my dream and they’ve given me so much confidence and made me believe I could achieve what I’ve wanted for so long – to become a racing car driver.”