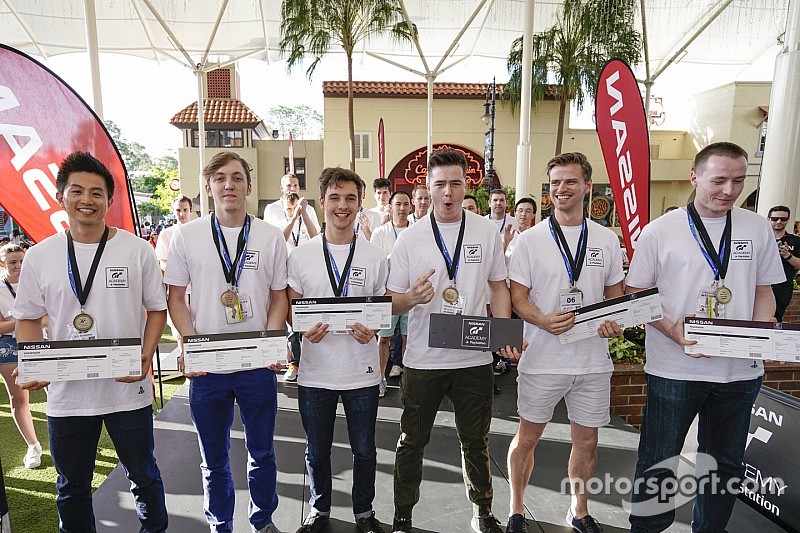 Six Australian gamers have been selected to head to Silverstone next month and battle it out at the GT Academy International Final.

Following a number of heats, 20 potential competitors took part in the Australian final at Movie World on the Gold Coast.

From that, a final six has been selected through a series of gaming, media, and fitness tests, as well as a motorkhana competition in a 370Z. Those six will head to Silverstone for the Race Camp.

“So far it’s been an amazing prize to come to the Gold Coast to compete in the GT Academy 2016 Finals. But now I get to head to England to compete in the International race-camp in October, which is just blowing my mind.

"It’s a dream come true. This whole programme, being able to provide people like me who might not have had the opportunity to become a race driver, this is giving us a chance to do that. So it’s just amazing."

From the eight-day Race Camp and International Final, which will feature national winners from around the globe, a sole winner will be selected and handed a professional contract with Nismo.

“The next step is mostly based out of Silverstone circuit, where we test them on activities similar to that at the national final," said the GT Academy’s Daniel Whittemore.

"They are the skills that make up a racing driver; communication, emotional intelligence, how they conduct themselves, and how they can control their emotions under pressure.

“The big emphasis will be on driving challenging, looking at real world skills. They’ll be driving at Silverstone circuit, amongst others across the UK. They’ll also be going over some pretty tough fitness exercises, where we’ll see who has the winning determination to battle all the odds to become the GT Academy Champion.

“There are going to be 30 other guys coming from all over the world, and they want to win GT Academy as much as the guys from Australia. So you’ve got to give yourself a competitive advantage wherever you can. So start to sharpen up on those skills.”

Kubica to race in Renault Sport Trophy at Spa