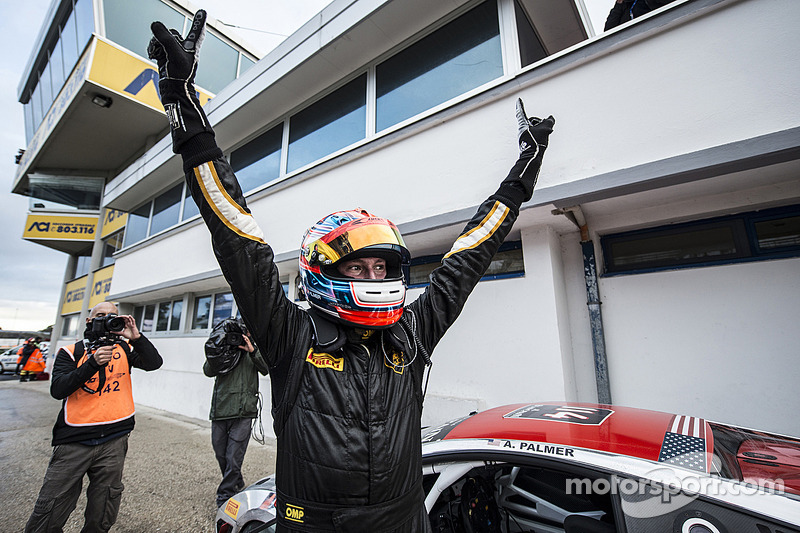 The native of Chicago, who only started motor racing in October this year, shot to prominence at Virginia International Raceway by claiming a race win on his debut weekend.

At the conclusion of the championships that span races from Kansas to Shanghai, the best drivers from three regional championshipswere invited to Rome for Lamborghini’s first ever World Final, comprising two 50 minute races at the Vallelunga Circuit, north of Rome. The races featured 23 drivers from Japan, Sri Lanka, Malaysia, Ukraine, South Africa and across Europe, with Palmer emerging as champion. 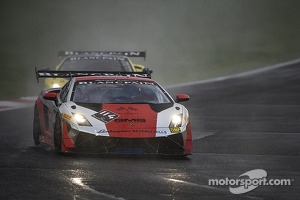 The first race was won by the reigning European Champion, Andrea Amici from Italy, but Palmer, representing Lamborghini Beverly Hills, drove strongly in testing wet conditions to finish in second place to stay in the hunt for the title.

Race two was also run in wet conditions, but in spite of his lack of experience, Andrew delivered a faultless performance to beat the best drivers from Europe, Asia and his native US and take a maximum points finish.

His two podiums earned him sufficient points to becrowned as Lamborghini’s first ever World Champion, a remarkable story of achievement which has seen him progress from rookie, to race winner and World Champion in seven short weeks. However, there is not much opportunity to reflect on his accomplishments as Andrew is due back in class on Monday!

“It's such a surreal feeling to be Champion – I am not sure that the reality has sunk in just yet! What happened today was the best possible outcome we could have hoped for and I am thrilled with what we have achieved here together with GMG Racing & Lamborghini Beverly Hills. I hope it will be a springboard for more racing with Lamborghini in the US and all over the world, but I must also remember that on Monday, I have to go back to school! That’s going to be quite weird after this unbelievable finish to the season.”