Sunoco Rolex 24 At Daytona Challenge winner and SPEED EuroSeries champion, Ivan Bellarosa, is to make his Daytona Prototype debut on the 6th and 7th of November at an open GRAND-AM Rolex Sports Car Series test at Virginia International Raceway. Bellarosa will follow in the footsteps of last years winner, Felipe Nasr, and test the #58 Action Express Racing DP. 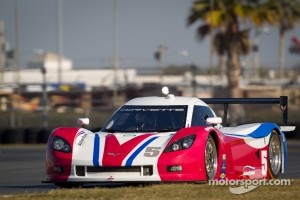 Italian Bellarosa was the winner of the 2013 Sunoco Daytona Challenge, after scoring the highest average point score out of racers in the SPEED EuroSeries and Britcar MSA British Endurance Championship - Ivan’s score of 124.38 is the highest average point score achieved in the Sunoco Daytona Challenge. Bellarosa’s prize is a fully funded drive in the top GRAND-AM Daytona Prototype class at the 2013 Rolex 24 At Daytona. The prize is arguably the biggest in UK motorsport and valued at $250,000.

Action Express Racing burst into the sports car scene in 2010 when Brumos Racing consolidated to one Daytona prototype car for the 2010 season. The leased Riley chassis was paired with a Porsche V-8 Cayenne by Lozano Brothers Porting and driven by Joao Barbosa, Terry Borcheller, Ryan Dalziel and Mike Rockenfeller. The new team shocked the racing world with the biggest upset of 2010 when they took the Rolex 24 At Daytona win, over heavy favourite Chip Ganassi Racing.

Commenting on the prospect of getting behind the wheel of a DP for the first time, Bellarosa said: “I am honoured to be able to carry out the first test with a great team such as Action Express. I am very curious to drive the car as I’m used to much lighter and less powerful cars – but I’m feeling confident! I plan to work hard with the team and Max Papis to ensure that we get both the best out of me and the car.”

Coaching and mentoring Ivan will be Italian Max Papis – Rolex 24 competitor and former Formula 1 driver. In 1996, fresh out of Formula 1 where he drove with Team Arrows, Papis moved to America where he made an immediate impact in racing in the Rolex 24 At Daytona with a Ferrari Prototype.

Papis then moved on to the CART series, taking various victories and receiving the Italian ‘Golden Helmet’ award. In 2002 the Italian won his first Rolex 24 with a Doran-Lista Team Ferrari Prototype and since then has gone on to have a successful career in various series such as NASCAR and GRAND-AM as well as more success in the Rolex 24 At Daytona over the years. In 2012 Papis raced for Action Express Racing in their #9 Corvette Daytona Prototype at the Rolex 24 At Daytona.