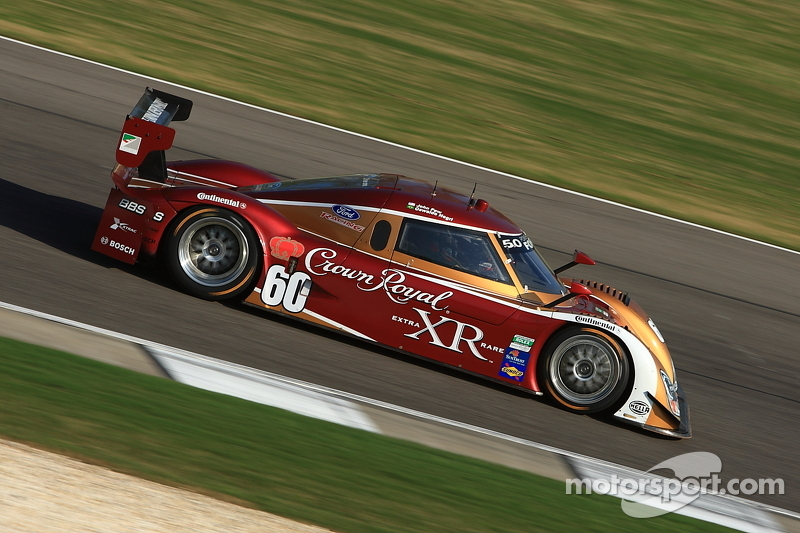 Dusting off the script from a year ago, Max Angelelli and Ricky Taylor won the Memorial Day Classic at Lime Rock Park while Daytona Prototype championship leaders Memo Rojas and Scott Pruett struggled after an incident early in the race.

Taylor won the pole earlier Monday in the No. 10 SunTrust Chevrolet/Dallara and led the opening 46 laps before the driver change. Angelelli didn‟t miss a beat, leading twice for 107 laps – including the final 57, as the team led all but 30 of the 183 circuits.

Ozz Negri finished second, 26.026 seconds behind, joining John Pew in the best finish of the season for Michael Shank Racing‟s No. 60 Crown Royal XR Ford/Riley. Ryan Dalziel and Mike Forest took their second podium finish of the year, taking third in the No. 8 Starworks Motorsport Ford/Riley. 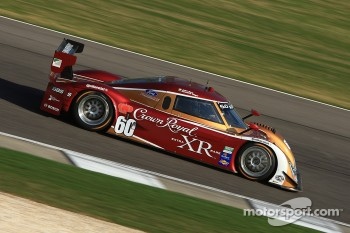 For the second straight year, Rojas had an off-course excursion that damaged the No. 01 TELMEX BMW/Riley. While the damage was not as severe as 2010‟s first-lap incident, the team lost eight laps replacing the splitter and fell to ninth position. Pruett managed to make up a lap and regain two positions – turning the fastest lap of the race in the process. They now have a 21-point lead in the DP standings over sixth-place finishers JC France, Terry Borcheller and Joao Barbosa (161-140), with Taylor and Angelelli one point back in third.

Spirit of Daytona Racing ran in the top three for the bulk of the two-hour, 45-minute event, with both Paul Edwards and Antonio Garcia leading a combined 26 laps in the No. 90 Chevrolet/Coyote. However, the team retired in the final half hour with broken shift linkage.

The GT race also went to the pole-winning car, with Robin Liddell and Jan Magnussen claiming the first victory of the season for the No. 57 Stevenson Motorsports Chevrolet Camaro. The pair combined

to lead 107 laps, with Magnussen pacing the final 79 circuits. Among its winnings, the team claimed a $25,000 Horsepower Award bonus posted by Continental Tire.

Coming off their first GT victory in the most recent race at Virginia International Raceway, Jordan Taylor and Bill Lester finished second in the No. 88 Autohaus Motorsports Chevrolet Camaro. Lester‟s victory was the first by an African-American in a Rolex Series race. Leh Keen and Andrew Davis finished third in the No. 59 Brumos Porsche 911 GT3 Cup.

Bill Auberlen and Paul Dalla Lana retained the GT point after finishing sixth in the No. 94 Turner Motorsport BMW M3 – also driven by Joey Hand. Lester and Taylor moved up to second, eighth points behind (141-133), with fourth-place finishers Dane Cameron and James Gue in the No. 41 Dempsey Racing Mazda RX-8 another five points back

Boris Said and Eric Curran had their best outing of the season in the No. 31 Whelen Engineering Corvette. Said led for 62 laps in the early going for Marsh Racing, the lone Connecticut-based team in the Rolex Series.

The TELMEX No. 01 BMW/Riley of Scott Pruett and Memo Rojas finished out of the top two for the first time since last year‟s race at Lime Rock Park, ending a streak of nine victories and two seconds over the past 11 events. The problem for the second straight year was a damaged front splitter resulting from an off-course excursion by Rojas, although the damage was not as bad as 2010. Pruett managed to make up a lap and two positions, finishing seventh, seven laps down.

Ozz Negri and John Pew had their best finish of the season, placing second in the No. 60 Michael Shank Racing Ford/Riley. They placed sixth in the recent races at Barber Motorsports Park and Virginia International Raceway. Pew also won the Jim Trueman Award as the top DP Pro-Am driver.

The heat didn‟t really bother us.

Wayne Nonnamaker earned Bob Akin Award after matching the best finish of the year in the No. 42 Team Sahlen‟s Corvette, finishing sixth with Memo Gidley.

“It‟s a lot easier to race without the 01 around. They are on another planet. We can enjoy ourselves and you can see different winners.” Max Angelelli, No. 10 SunTrust Chevrolet/Dallara

“The car was very, very, very hot inside, but it‟s funny how it feels OK when you‟re in the lead. It‟s a whole different thing if you‟re really hot and in the back somewhere. We‟ve had so many problems all year. Even though we had a huge lead at the end, I was still thinking in the closing laps, „What‟s going to go wrong this time?‟” Jan Magnussen, No. 57 Stevenson Motorsports Chevrolet Camaro

“Lime Rock is a go-kart track on steroids. I can‟t get over the number of great fans who come here.” – Bill Lester, No. 88 Autohaus Motorsports Chevrolet Camaro

“It was an attempt to pass on a tough track to pass. Probably too risky of a move. I apologized to my team. I should not have risked that much that early on.” – Memo Rojas, No. 01 TELMEX BMW/Riley

“Ozz and I have been working very hard, karting all the time and working on fitness and that seemed to pay off today. The heat didn‟t really bother us.” – John Pew, No. 60 Crown Royal XR Ford/Riley

In the busiest week of the season, the Rolex Series heads to Watkins Glen, N.Y., for Saturday‟s Sahlen‟s Six Hours of The Glen. This will mark the 30th running of the Six Hours, a tradition that dates back to 1968. The event ran through 1981 as a World Championship of Makes event. Watkins Glen International revived the Six Hours from 1996-98, and the Sahlen‟s Six Hours of The Glen has been a keystone event on the Rolex Series schedule since GRAND-AM‟s inaugural season in 2000.