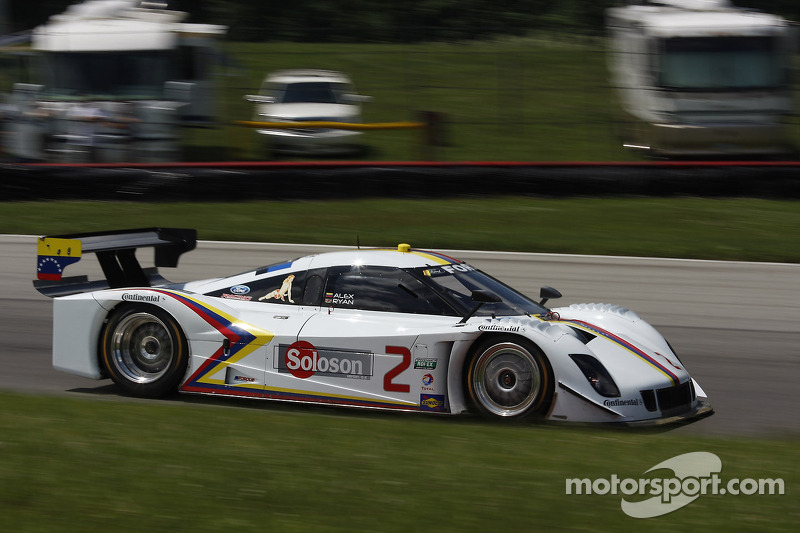 Delighted Ryan Dalziel helped Starworks Motorsport beat the odds and get their Ford Riley on to the podium in the Grand-Am Rolex Sports Car Series in the Diamond Cellar Classic at Mid-Ohio.

Proud Scot Ryan – from Windermere, Florida – and Venezuelan team-mate Alex Popow took a gamble with the race strategy and set-up of the car as they bid to take points off their championship rivals.

After an excellent opening stint from Alex, Ryan – originally from Airdrie in Lanarkshire, Scotland – took over the driving duties and produced a mature display aimed at maximizing the Fort Lauderdale-based team’s position in the championship.

After an amazingly fast final pitstop from the Starworks crew, Ryan emerged ahead of the #99 crew of Jon Fogarty and Alex Gurney and the #10 team of Max Angelelli and Jordan Taylor. Knowing he was ahead of his title rivals, Ryan set about closing down the gap at the front. 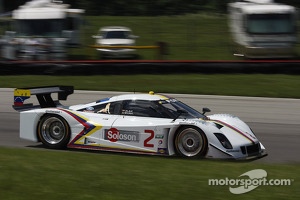 But the 2012 Speed.com Sports Car Driver of the Year had to settle for third place, despite narrowing the gap to the leader from more than 20 seconds to just under three seconds at the finish.

The result moved Ryan just two points out of the championship lead – in third place.

After the race, Le Mans 24-Hour class winner Ryan jetted over to Europe to take part in this year’s 24-hour race. He will be driving the SRT Viper in the hugely competitive GT class, as part of Viper’s return to the legendary race.

Ryan on Mid-Ohio: “We definitely went off strategy in terms of car set-up for the race. We made it difficult for ourselves, but we felt that was our best shot for a result. It gave us a faster lap time but it made it very hard for us to race other cars – the plan was to save fuel and try to skip people in the pits. I think I only passed one car on track. But the team did a great job and we got the podium. I think that was the most we were going to get out of the weekend.

“Our goal was to take points off the #99 and #10, so once we were in front of them, we were happy with the race. Then, towards the end of the race, the guys on the long runs on low downforce were starting to struggle and we really caught them up. Another couple of laps and we might have done even better, but I just didn’t get the last five laps in traffic the way I wanted.

“We don’t ever enter a championship without wanting to win races. We always want to win, but there are times – like Detroit – where you dominate and know you can win. Then you are disappointed if you don’t. Then there are weekends like Mid-Ohio where we thought it was probably the case that we wouldn’t be on the podium so we have to look after the championship. We finished on the podium, which is great, and we finished ahead of our rivals.

“We now have a couple of tracks that are really strong for us so we are very confident. We are excited about the next couple.”

Ryan on Le Mans: “The competition gets tougher every year and it is 13 years since Viper were there and a lot has changed since then, but it is a realistic goal for us to aim for a finish. We would love to get a podium and, ultimately, everyone wants to win.

“The old saying ‘to finish first, first you must finish’ is so true at Le Mans. Based on the reliability of the car at Sebring, Laguna and Long Beach, the car is running pretty faultlessly, so we are confident on the reliability and the signs are that we have the speed to be competitive.”