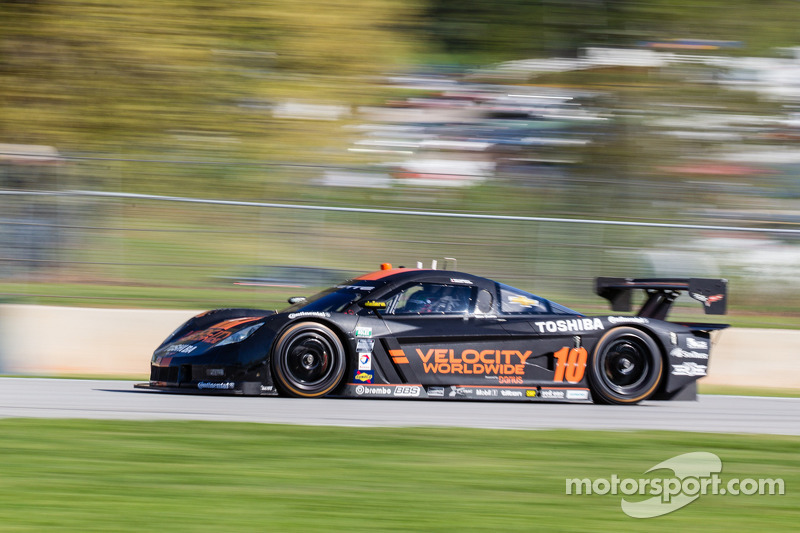 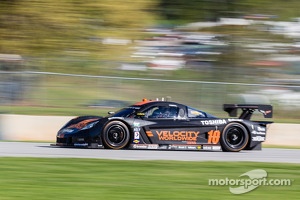 At the Kansas Speedway race in August, Taylor held off Scott Pruett throughout the final half-hour to win the race in the No. 10 Velocity Worldwide Corvette DP to take the lead in the standings. In the most recent race at Mazda Raceway Laguna Seca, Taylor led the final 29 laps to extend that lead. Saturday, the 22-year-old Floridian led the final 69 laps, winning by five seconds over Gustavo Yacaman with Pruett taking third.

Pruett and Memo Rojas of Chip Ganassi Racing with Felix Sabates’ No. 01 Telcel/TELMEX BMW/Riley finished the season 14 points ahead of GAINSCO/Bob Stallings Racing’s Jon Fogarty and Alex Gurney, drivers of the No. 99 GAINSCO Auto Insurance Corvette DP to round out the top three in points.

It was the final race in the 14-year history of the Rolex Series, which is merging with the American Le Mans Series presented by Tequila Patrón and will debut as the TUDOR United SportsCar Championship beginning with the 2014 Rolex 24 At Daytona.

“It all came down to the team,” Jordan Taylor said. “Every time we won a race came down to the line, they got us out of the pits with great track position. All we had to do was keep everyone behind us.”

Yacaman finished the race second in the Michael Shank Racing’s No. 6 Aero/Tuvacol Ford/Riley started by Justin Wilson, followed by Pruett and Rojas, who were seeking their fourth straight championship. “This is bittersweet,” Pruett said. “GRAND-AM’s been home for us for the last 10 years, and you hate to see it end – even though there’s a new beginning ahead. I enjoyed the last 10 years and everything we’ve achieved. At least no one can break our records.”

Angelelli, Taylor dominates at Lime Rock for the 2013 Championship