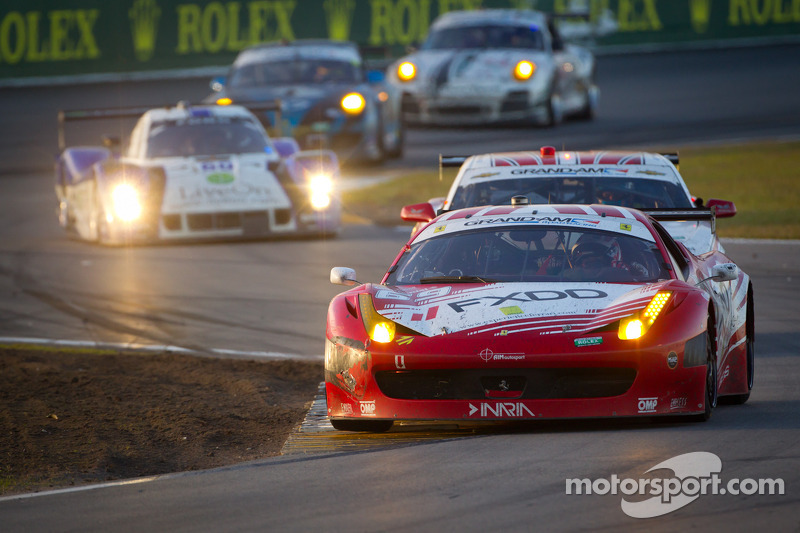 Segal, who won his first GT championship in 2010 with Assentato and FXDD, sealed this year’s title with a second-place finish three weeks ago at Mazda Raceway Laguna Seca in the No. 69 AIM Autosport Team FXDD Ferrari 458 Italia Grand Am. With that major mission accomplished, Segal and his teammates are now firmly focused on bringing the all-important GT manufacturers’ championship back to the “Prancing Horse” for the first time since the 2003 GRAND-AM Rolex Sports Car Series season. 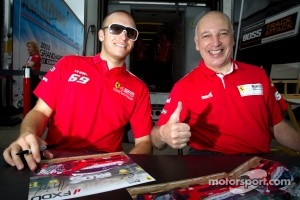 “We put a lot of emphasis on doing everything possible to seal up the championship at Laguna Seca, because we know all too well how quickly things can change,” Segal said. “Nobody wanted to lead the standings all season only to falter at the end. Lime Rock is a tough track, a place where you see weird accidents and incidents happen, and I feel much better going there knowing that we won't leave empty handed. We almost treated Laguna Seca like it was the last race and we were definitely fighting to make sure that this was a done deal before Lime Rock.”

Segal, who also won the 2007 GRAND-AM Continental Tire Challenge Grand Sport (GS) Championship, clinched this year’s title one race before the end of the season but the intensity of the fight still made it feel like a down-to-the-wire battle like his previous pair of championships.

“The battle I had in the closing laps to secure the points needed to clinch was every bit as stressful and nerve-wracking as fighting for the championship in 2007 or 2010, so the sensation was really the same,” said Segal, who now has three GRAND-AM Road Racing titles in the last six years on his resume at just 27 years old.

The reality of winning the 2012 GT Championship – in addition to the GT team title that AIM Autosport Team FXDD and the No. 69 Ferrari squad has also clinched – hit home for Segal over the last few weeks.

“Without a doubt it has started to sink in,” Segal said. “There was such a tremendous outpouring of support and congratulations for the weeks after we clinched at Laguna Seca, it was just amazing. But we're definitely full-on race mode for this final event of the year. We've accomplished a lot this season, and we've met many of our goals, but we still have to fight to secure the manufacturers' title for Ferrari, so we can't afford to back off at all. If we can bring that one home at Lime Rock, then we can relax for a bit!”

Segal and the No. 69 AIM Autosport Team FXDD Ferrari 458 Italia Grand Am Team have led Ferrari’s bid for the GT Manufacturers’ Championship this year, at times single-handedly. The No. 69 was frequently the lone Ferrari entered at the majority of this year’s events and, even when multiple 458s turned up for a race, the No. 69 led the charge, earning Ferrari’s points in 11 of the 12 races run before this weekend’s finale.

“It has been a huge battle being the only full-season Ferrari entry trying hard to keep them up at the top of the manufacturers' standings while racing against other brands with more representation in the class,” Segal said. ‘We have had a solid group of part-time Ferrari entries at a few of the races, but it’s never easy to be the only car carrying the flag at every race of the year. To that end our consistency has been our biggest asset as we never lost too much ground even when we didn't have a great day. The manufacturers’ title is really important to us, because we want to be able to send our fly-in guys home with some hardware!”

Segal and his teammates have put together an unmatched season of success in the GT division this year. A class-leading three GT race wins and no finish lower than eighth all year – including seven total podium results in 12 races – was a major accomplishment for Segal and the first-year AIM Autosport Team FXDD Ferrari 458 collaboration. They hope the success continues at Lime Rock. 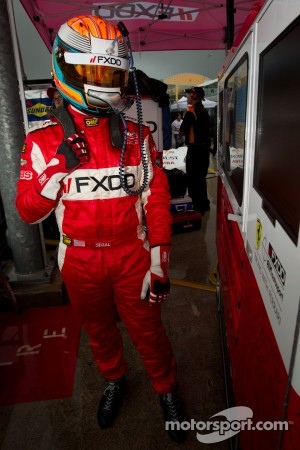 “I have had varied results at Lime Rock and I think that speaks more to the nature of the track than anything else,” Segal said. “It is one of the smallest tracks we go to, and there really isn't enough room for the classes to co-exist without the occasional incident. The lack of straightaways makes passing even more difficult, so you really have to drive this race very defensively in order to take care of the car. With such a short track length, it is also very easy to go one or several laps down, which puts added emphasis on staying out of trouble. We've always been quick and Lime Rock, but sometimes it’s a crapshoot on avoiding the incidents and getting to the end intact.”

Segal and his teammates took the GT class points lead in April with their first win of the season at the Grand Prix of Miami and never lost it. They clinched the championship with a season-high 39-point advantage to take both the driver title for Segal and Assentato and team honors for AIM Autosport Team FXDD and the No. 69 Ferrari with 364 points.

In addition to Miami, Segal, Assentato and the No. 69 also scored 2012 wins at New Jersey Motorsports Park and Road America.