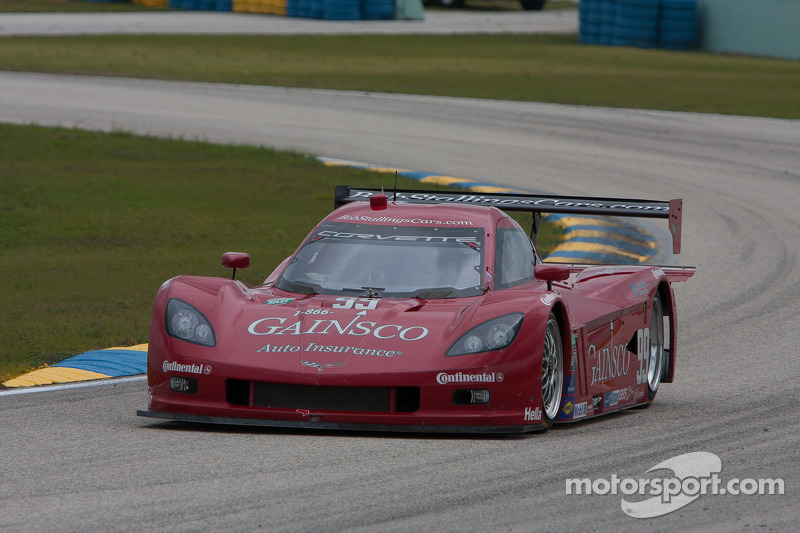 The teams faced 150-degree track temperatures in the second day of testing at Indianapolis. 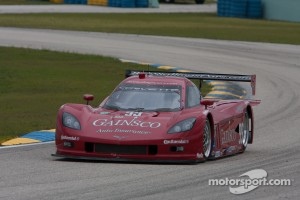 INDIANAPOLIS (July 6, 2012) – Even though a legendary last name sat atop the speed chart on Friday, this sure wasn’t your grandfather’s Brickyard.

This was an Indianapolis Motor Speedway undergoing a sports car makeover courtesy of the Rolex Sports Car Series and the Continental Tire Sports Car Challenge, featuring a total of 105 cars for the first of two test days serving as preparation for GRAND-AM’s July 27 IMS debut.

The drivers of those 105 cars dealt with ambient temperatures slightly over 100 and track temperatures close to 150 during six practice sessions – three per series. They collectively attacked a 2.534-mile road course that utilizes a portion of the speedway’s famed 2.5-mile oval but is more distinguished by its 13 turns.

Envision the sizzling, surreal scene: Sports cars on open-wheel racing hallowed ground, zipping around in a clockwise cadence. It was very different for this historic race track. And for the drivers – many of whom were spending their first day at the Brickyard – it was significant to say the least.

Especially for drivers like Alex Gurney and Jon Fogarty, co-drivers of the day’s fastest car, the No. 99 GAINSCO Auto Insurance Corvette DP. They led the first and third Rolex Series practices in the Daytona Prototype class. With Gurney at the wheel, the No. 99 set fast lap late in the third session – 107.534 mph (1 minute, 24.833 seconds).

Gurney, son of open-wheel/sports-car great Dan Gurney, is a two-time GRAND-AM Rolex Series champion, having won both titles with Fogarty. This year, he’s trying to do something his father surprisingly never did: win at Indy.

“Obviously it was a really good day,” Gurney said. “The times are close [throughout our sessions]; we did some good work on the setup and got through a few good changes … so far so good. It is incredibly hot so we never ran any long runs, so that is still the giant question mark and maybe Saturday we will work on that.”

Added Fogarty: “It is pretty hot but I feel good. It was fairly productive and the car is comfortable to drive. We are going to have changing track conditions Saturday and probably for the race but we seem to be in a good spot. Not chasing ourselves too much will allow us to branch out, experiment a little Saturday and hopefully make more improvements.

Ryan Dalziel wants to win at Indy as well, for a couple of reasons. He and co-driver Enzo Potolicchio have already captured class victories in the 12 Hours of Sebring and 24 Hours of Le Mans. An Indy triumph would complete an unreal major title sweep. Also, Dalziel’s team, Starworks Motorsport, is currently second in the North American Endurance Championship presented by VISITFLORIDA.com. The NAEC, a new three-race competition that started at Daytona and continued at Watkins Glen, ends with the Indianapolis event.

Dalziel was one of those first-time Indy visitors on Friday, despite an open-wheel background.

“Anyone who comes up through open-wheel, it’s always one of their dreams or goals to get to Indianapolis,” said Dalziel, whose No. 8 Duncan Ford- Riley was seventh-fastest on the day. “I’ve already crossed off two big ones in one year, at Sebring and Le Mans.”

Also Friday, in the Rolex Series’ production-based GT class, the No. 88 Autohaus Chevrolet Camaro of Jordan Taylor and Bill Lester had the day’s fastest GT lap, 99.492 mph (1:31.690). The No. 88 led the second session with that effort.

The Continental Tire Sports Car Challenge sessions were led – in the Grand Sport class and overall – by the No. 61 Roush Performance Mustang co- driven by Billy Johnson and Jack Roush Jr. They led the first and third sessions; their third-session effort was the best: 93.660 mph (1 minute, 37.399 seconds). The Street Tuner class’ fast lap was turned by Chad McCumbee and Jason Saini (88.182/1:43.450) in the No. 03 CJ Wilson Racing Mazda MX-5, in the third session.