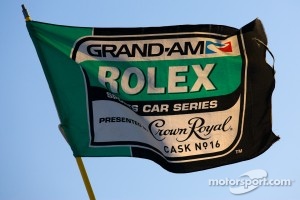 DAYTONA BEACH, Fla. (May 24, 2012) – GRAND-AM Road Racing has announced that Tom Bledsoe has elected to step down from his position as the sanctioning body’s president, to become vice president of administration. As a result, GRAND-AM Chief Executive Officer Ed Bennett has also been named the organization’s president.

Bledsoe has served as GRAND-AM president since 2010; previously, since December 2007, he had been chief operating officer. Prior to his GRAND-AM roles, Bledsoe worked for GRAND-AM’s parent company, NASCAR, beginning in 1990.

“I look forward to my new role with GRAND-AM,” Bledsoe said. “After many years, I’m just ‘throttling back’ a bit. GRAND-AM is a sport on the move and with increasing support from NASCAR, I see GRAND-AM continuing to grow and be successful.”

Added Bennett: “Tom is making a personal decision that we all respect and support. We’re pleased he’ll still be around as a great resource for everyone in our organization as we continue to advance the current momentum GRAND-AM is experiencing. Continuing to have Tom as a member of the ‘cabinet’ will be invaluable as we move forward.”

Ferrari is back in the series in a big way