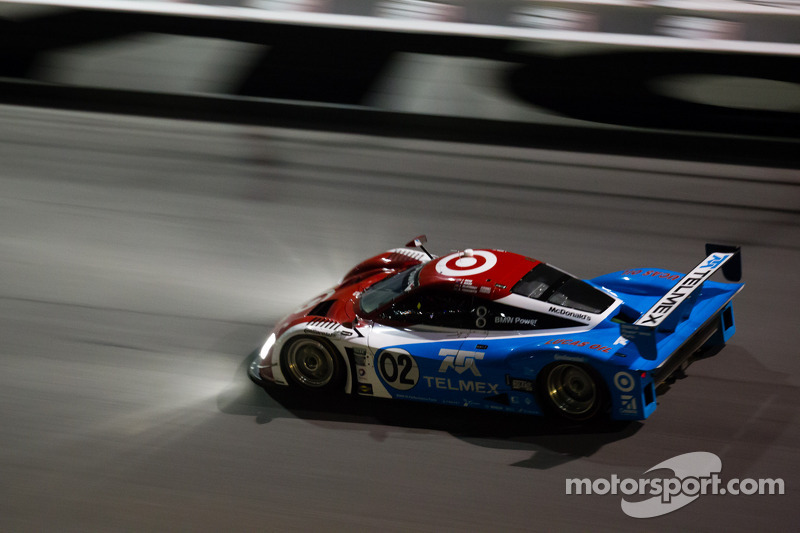 The No. 02 Chip Ganassi Racing with Felix Sabates BMW Riley holds the lead after 12 hours are now in the book in the 2013 Rolex 24 at Daytona race. Close at hand is his rival from the IndyCar series – the 2012 champion.

Scotsman and IZOD IndyCar multi champion Dario Franchitti holds the lead on the at Daytona’s infield road course in the No. 02 BMW Riley. Not far behind him is the current IndyCar champion, Ryan Hunter-Reay for the No. 10 VelocityWW Corvette DP in this year’s Rolex 24 Hours at Daytona.

The No. 2 Starworks Ford Riley was third, as their driver Allan McNish came in for a pit stop.

The two Chip Ganassi Racing cars have dominated the since the start, and they do appear to be by far the strongest and the fastest. 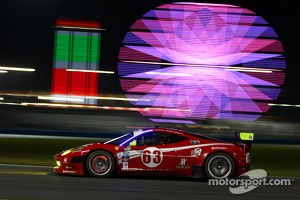 The halfway mark has been reached at the same time as many of the Rolex Grand-Am GT class cars were making their pit stops, including the leading No. 63 Scuderia Corsa Ferrari 458. Second was in the hands of the No. 24 Alex Job Racing Audi R8 Grand-Am. “The team is doing a great job. Hopefully we continue like this,” said Audi driver Filipe Albuquerque.

There have been 12 different GT leaders during the first 12 hour which has made for tight battles on the track.

The new GX class still belongs to the No.16 Napleton Racing Porsche Cayman.