Peter Baron was already scouting future talent when made the move from driving to team owner in 2005.

Brendon Hartley is the latest in a line of Peter Baron discoveries. If you ever run into Peter Baron at the horse track, you might want to follow his lead. The man has a way of picking winners.

Well, maybe not of the one-horsepower variety, but he’s shown a knack for finding the right talent to put behind the wheel of his 500+-mph Daytona Prototypes.

Last weekend, Brendon Hartley went from “Brendon who?” to the DP race winner at Road America. The native New Zealander led the final 15 laps to score his first Rolex Series victory, joining Scott Mayer in the No. 8 Starworks Motorsport BMW/Riley.

The Starworks owner was helping out at last year’s Petit Le Mans at Road Atlanta, and the youngster caught his attention. 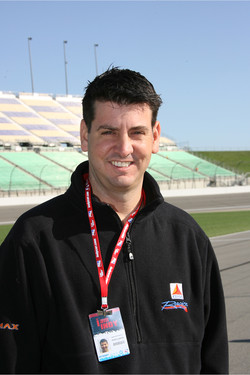 “Brendon was the raw talent that nobody’s really heard of in the U.S.,” Baron said. “When I saw how fast Brendon came up to speed for his first time at Road Atlanta – he barely missed the pole without doing many laps – I saw the kid was incredibly fast and I knew we had to get him in a Daytona Prototype.”

Baron didn’t have to twist his arm. “He had done a partial schedule in P2 in the WEC, and had nothing on the hook for this year,” Baron said. “He knew about us from the WEC and our success over here in the DP, so it didn’t take too much convincing to get him over here for a season.”

Baron was already scouting future talent when made the move from driving to team owner in 2005. The year before, he was impressed by Jon Fogarty’s showing in the Mobil 1 Twelve Hours of Sebring fueled by Fresh From Florida after winning championships in Formula Atlantic.

“I was looking at starting my own team, and when I saw Fogarty, I knew I needed to get the ‘next one.’ Second to Fogarty back then was Ryan Dalziel, so I started watching him closely,” Baron said.

“When I was getting ready to race at Daytona I tried to get David Empringham. He wasn’t available, but he told me he had a kid he was coaching. When it turned out to be Ryan, I told David I had been watching him for a year and a half.”

Dalziel and Baron have been together since then. With Baron’s experience as an ex-driver – coupled with Dalziel’s talent at both racing and coaching – Baron feels Starworks offers a unique opportunity to help a young driver move to the next level.

An example is Alex Popow, who joined Dalziel in winning the recent Brickyard Grand Prix in Indianapolis in the No. 2 Starworks Soloson BMW/Riley. Popow and Dalziel lead the DP championship entering Saturday’s SFP Grand Prix.

Not resting on his laurels, Baron already has a few names in mind for next year’s Rolex 24 At Daytona and Twelve Hours of Sebring.

“We have some people in mind who are known in Europe, but over here it will be ‘who’s he?’ Hopefully, after the Rolex 24 and Sebring people will know their names.”