Freedom Autosport closes season with a win for Nunez, Miller at Lime Rock 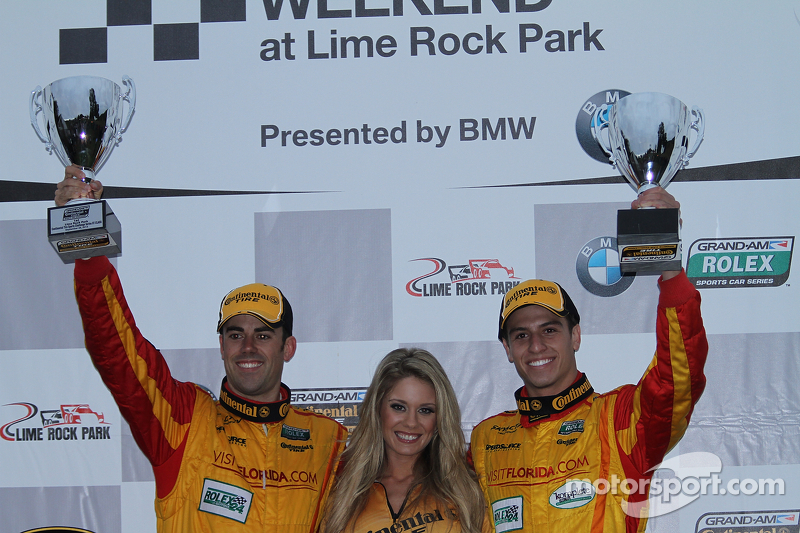 Joel Miller and Tristan Nunez piloted the winning No. 27 Freedom Autosport Mazda MX-5. It was Nunez’s first appearance with the team and Miller’s second, but the two showed their adaptability and speed for the duration of the 2.5-hour race.

Joel Miller and Tristan Nunez piloted the winning No. 27 Freedom Autosport Mazda MX-5. It was Nunez’s first appearance with the team and Miller’s second, but the two showed their adaptability and speed for the duration of the 2.5-hour race.

Nunez qualified sixth with a quick time of 59.428 around the 1.5-mile track. When the race started, Nunez quickly worked his way up to third, where he spent the majority of his stint.

“There was a lot of traffic,” says Nunez. “I made my way up to third, but it was difficult. I haven’t had to fight that hard for position all season.” 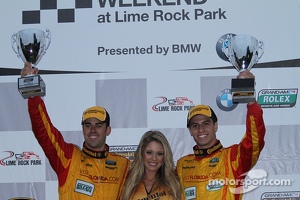 When a full-course caution coincided with the team’s pit stop schedule, the Freedom Autosport crew did such a flawless job that the No. 27 Mazda was still in the top five when Miller took it back on track.

Miller knew that the Mazda was fast enough to win, but first he had to work his way around three slower cars. “We were stuck behind a blockade! This track is known to be difficult to pass on, so I was trying to go down the inside (in turn one),” Miller says, adding that when the competition blocked the inside line, “we had to find something else to do. I made the decision to go around the outside.”

That proved to be the right decision, and Miller was poised for the lead when a caution began. The green flag waved with just five minutes left in the race, and Miller wasted no time taking over the top spot. He led four laps to give Freedom Autosport their second consecutive win.

“It’s by far the hardest racing I’ve had all year, but the Freedom Autosport guys gave us an amazing car, and it’s incredible to drive,” says Nunez.

This is the third win of the season for Freedom Autosport. The team also earned three second-place finishes. “The Freedom Autosport crew and drivers have been amazing all season,” says team co-owner Derek Whitis. “The crew gave us great cars every weekend, and we were able to show what a fast, consistent race car the Mazda MX-5 is.”

Rhett O’Doski and Andrew Carbonell won the ST race at Mazda Raceway Laguna Seca during the previous round in the No. 26 Freedom Autosport Mazda MX-5. O’Doski qualified ninth at Lime Rock, and Carbonell had the car up to seventh before an oil pressure issue forced them to retire.

Derek Whitis qualified eighth in the No. 25 Freedom Autosport Mazda MX-5, and he and Tom Long had to fight their way back after going a lap down early in the race. They continued to push, finishing 17th.