A sweep of the podium in the GS class is the only way to top last year and the team knows they have the talent and determination to do it. 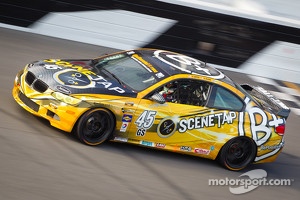 There is a single mission in mind for the team and their three BMW M3s: improve just one position from last year's race result. This doesn't seem like such a lofty goal except that the Fall-Line cars finished 2-3-4 at the 2012 event.

A sweep of the podium in the GS class is the only way to top last year and the team knows they have the talent and determination to do it.

Team Manager Michael Harvey has been leading the Fall-Line camp for the past two seasons. "Fall-Line is very excited to be starting the 2013 season with the BMW Performance 200.

We are very proud to bring some new partners in Trim-Tex & Beverage Flavors t45o the Grand Am paddock along with a new to Fall-Line driver, Brett Sandberg.

The whole Fall-Line crew has worked tirelessly over the winter and we look forward to bringing BMW back to the winners circle."

Back again for their 3rd season with Fall-Line and driving the #45 Eagle/B+Positive Racing BMW M3 are Al Carter and Hugh Plumb.

The pair has been racing together for four years and are pulling double-duty, competing in the Rolex 24 at Daytona following the CTSCC race.46

Brett Sandberg joins Charles Espenlaub in the #48 for Daytona after a successful pre-season test. The car will be carrying sponsorship from Beverage Flavors International.