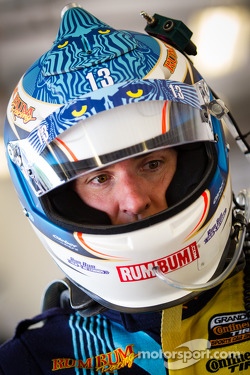 Edwards was seeking his second victory of the day when he missed a shift in the No. 9 Stevenson Motorsports Chevrolet Camaro with 24 minutes remaining. Plumb led the final 14 laps, beating Edwards to the checkered flag by 2.407 seconds. It was the team’s sixth victory since switching to Porsche at the 2012 Barber event.

“I never thought I’d love Alabama so much,” Plumb said. “It was awesome. It was truly one of our greater wins, just because we had to come back from such unfortunate circumstances. We had a problem on a pit stop and went a lap down, got the lap back with a wave around and I just had to keep digging the whole time.”

Tom Long led a podium sweep of Mazda MX-5s in Street Tuner. Long and Derek Whitis won in the Freedom Autosport No. 25, edging teammates Andrew Carbonell and Rhett O’Doski in the No. 26, and Jason Saini and Chad McCumbee in the No. 5 CJ Wilson Racing entry.

“It was a 1-2 for Freedom Autosport, but better yet, it was a 1-2-3 for Mazda,” Long said. “I just couldn’t be happier. To have three Mazdas up on the podium here at Barber Motorsports Park, I don’t believe this track could suit these cars any better.”

The race was slowed by three cautions, with the longest coming after an impact by Rob Ecklin Jr. into the guardrail at the exit of Turn 12. Ecklin was uninjured, but the No. 99 Invisible Glass BMW M3 sustained major front-end damage.

Charles Espenlaub won the pole and dominated the opening stages of the event in the No. 48 Fall-Line Motorsports BMW M3. He led 36 of the 83 laps, finishing seventh with co-driver Al Carter.

The next Continental Tire Sports Car Challenge race will be on Saturday, April 20, joining the Rolex Sports Car Series during GRAND-AM’s first visit to Road Atlanta in Braselton, Ga.

4th place finish at Barber for Segal and Papis